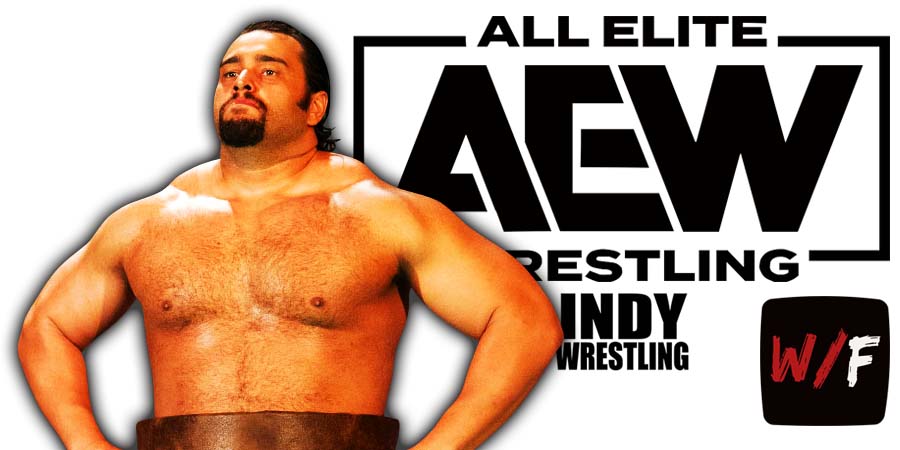 All Elite Wrestling has signed a lot of former WWE Superstars since they came into business in 2019.

However, Miro (fka Rusev in WWE) isn’t happy about being called a former WWE star.

Here’s what the former WWE United States Champion said on The Zaslow Show:

“CM Punk, Bryan Danielson, me and Moxley, none of us are ‘WWE guys’ that everybody calls it. These people have been around the world way before WWE so when somebody says this guy is WWE, absolutely incorrect.

God made me, not Vince McMahon. It was just a place to do professional wrestling because there was no other option but now there’s plenty of other options, exciting options.

AEW is the best wrestling company in the world and we prove that day in and day out.

As far as the young guys, they have to step it up because yes big names have come and they’re having amazing matches and having a great impact but it’s up to the young guys to step up, to ask questions to see what they can do better, that’s what it’s all about.”

During this interview, Miro also had the following to say about his loss to Bryan Danielson at the AEW Full Gear 2021 pay-per-view:

“First of all, if I was in my full health I would’ve destroyed Bryan Danielson in about 8 minutes.

Unfortunately I wasn’t and I had to be in labor through this whole match, but I went through otherwise I would’ve won 100%. Unfortunately God had a different opinion, it is what it is.”

In WCW, Lee Marshall first started using the name “Stagger Lee”, but soon ended up with his real name.

For most of his WCW career, he was used mainly as a backstage interviewer, but also did commentary for TV Shows whenever they needed him to.