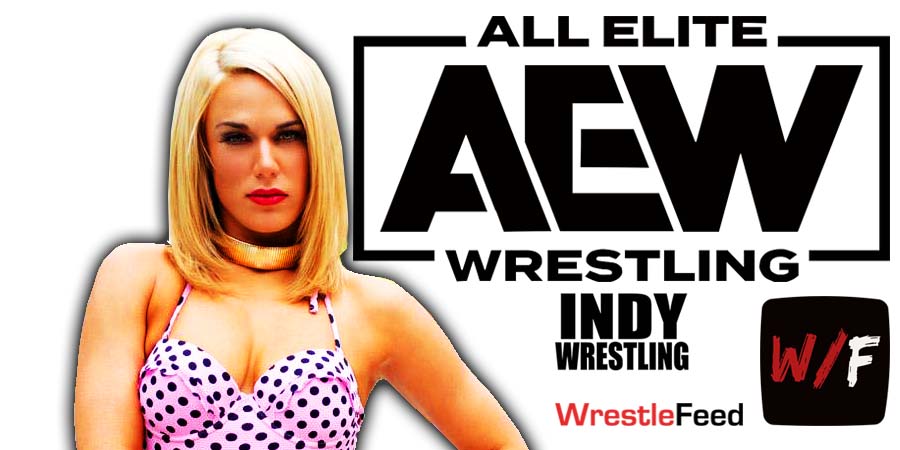 Lana began her career in WWE as Rusev’s on-screen Manager. Later, she turned into a pro-wrestler.

A wrestling page recently posted the following about Lana on Twitter:

Rusev, now known as Miro in AEW, read this tweet and replied:

“‘Lana’ is a better wrestler then 95% of the entire locker room and also best manager. Your reports are ‘okish’ at best.”

CJ Perry (Lana) was released from WWE on June 2, 2021 and she hasn’t done anything in the world of pro-wrestling ever since.

She has been doing her modeling work and began her OnlyFans type website, from which she’s making the big bucks.

Also Read: “I actually begged for it” – Lana Reveals What She Really Wanted To Experience In WWE

2/3 Falls: The High Flyers vs. Tom Stone and Chris Curtis