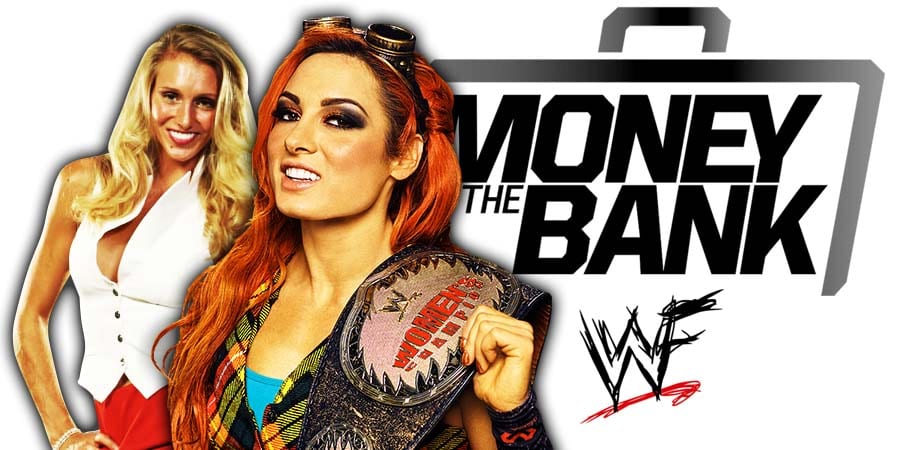 After back & forth action, Nese defeats Daivari to retain the WWE Cruiserweight Championship

Triple H has told Braun Strowman to leave the arena as he thinks Strowman is the one that attacked Sami. Sami is now out of the Men’s Money In The Bank ladder match as he’s hurt.

Becky dominated Lacey at first, but Lacey then began dominating Becky and is impressing everyone with her performance.

After good back & forth action, Becky made Lacey tap out to the Disarmher!

Becky is leaving the ring and out comes Charlotte Flair! Charlotte tells Becky to get in the ring as she wants to have the match RIGHT NOW!

Charlotte is looking to become a 9 time champion if she’s able to win this match.

The match is going on and Lacey comes out and hits Becky with a Woman’s Right!

Charlotte delivers a big boot to Becky and pins her!

Charlotte is now a 9 time champion!

Charlotte and Lacey attack Becky after the match and Ms. Money In The Bank Bayley makes the save!

Bayley is now looking to cash-in her Money In The Bank contract on Charlotte as Charlotte is laid out.

The match is official! Bayley hits the Elbow Drop on Charlotte to pin her! 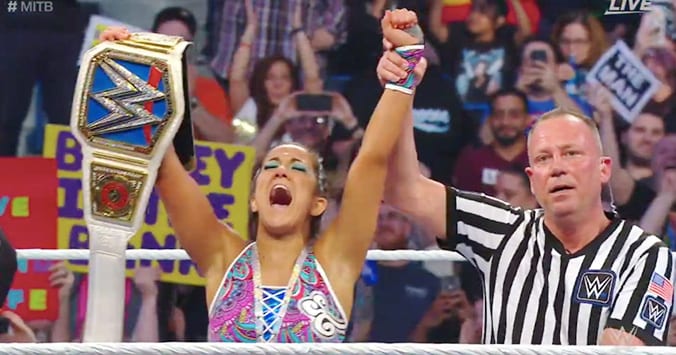