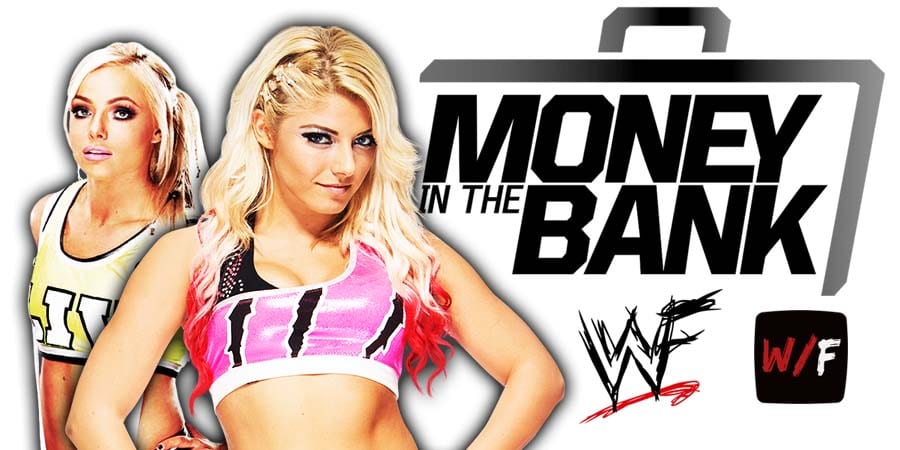 Tonight’s WWE Money In The Bank 2021 pay-per-view is taking place in front of fans.

This is the 12th PPV under the “Money In The Bank” banner, and it is airing live from the Dickies Arena in Fort Worth, Texas.

Here’s the match-card for tonight’s PPV:

– Men’s Money In The Bank Ladder Match: Ricochet vs. John Morrison vs. Riddle vs. Drew McIntyre vs. Big E vs. Kevin Owens vs. Seth Rollins vs. King Nakamura

– Women’s Money In The Bank Ladder Match: Asuka vs. Naomi vs. Alexa Bliss vs. Nikki A.S.H vs. Zelina Vega vs. Liv Morgan vs. Natalya vs. Tamina

On the kickoff show, The Usos defeated The Mysterios (Dominik & Rey Mysterio) to win the SmackDown Tag Team Championship. 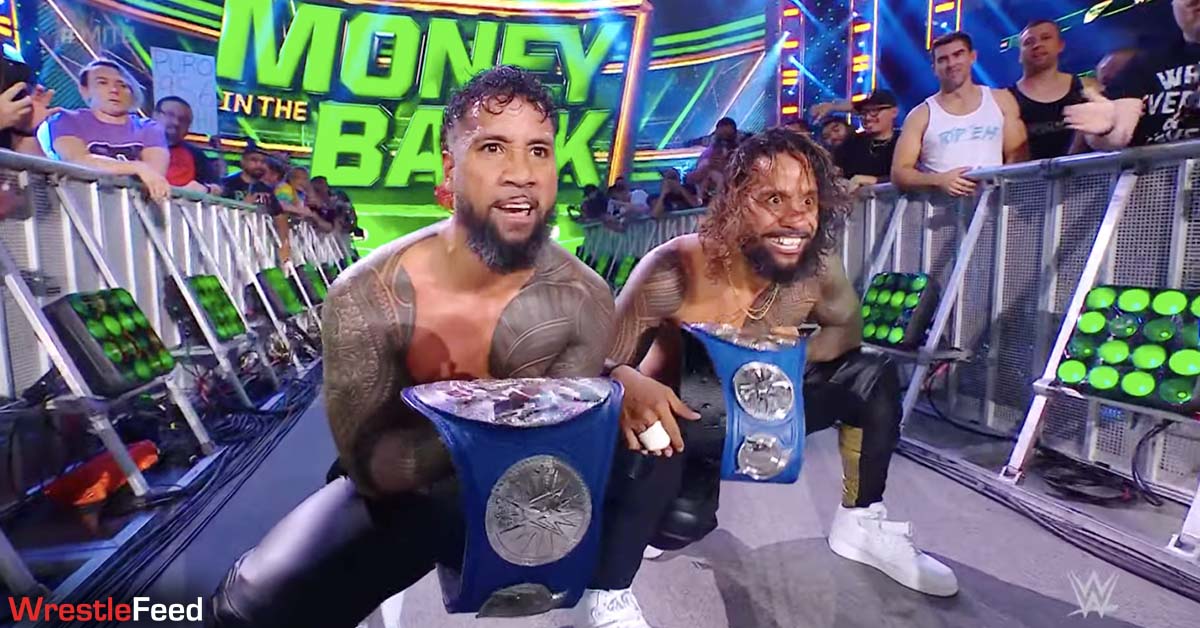 The Mysterios got a new entrance for this match. You can watch this in the Kickoff Show video below:

The Usos def. The Mysterios (c) to win the SmackDown Tag Team Championship

Everyone in the match is shocked by Alexa’s creepy character and she’s taking advantage of it, as she just sent Natalya face-first into a ladder and scared Liv Morgan away.

Alexa & Zelina Vega were at the top of the ladder and Alexa hypnotized Zelina and tried to unhook the briefcase, but Natalya stopped her.

SHE'S GOT HER HOOKS IN ZELINA VEGA. 😈#MITB @AlexaBliss_WWE pic.twitter.com/YxGRGyfpHm

Natalya is climbing the ladder with Zelina on her back, trying to choke her out. Natalya has her hand on the briefcase, but Zelina is trying to unhook now, but Liv Morgan stopped them and pulled them down the ladder.

Nikki A.S.H (Almost a Superhero) then took out all the women by hitting a crossbody from the top of a ladder!

Liv is climbing the ladder, but Tamina stopped her and Liv then took her out with a Hurricanrana!

3 Ladders have been set up in the ring now. Liv is taking everyone out and is climbing the ladder again. Now 6 women are on top of ladders trying to unhook the contract.

While everyone is fighting, RAW’s Nikki A.S.H unhooked the contract!

Nikki A.S.H has won the Women’s Money In The Bank Ladder Match

She just snuck up on EVERYONE and grabbed that contract.