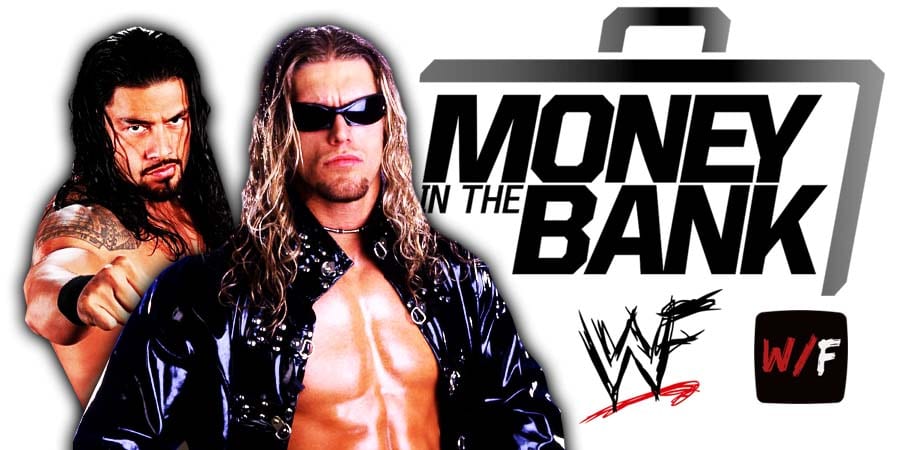 Big E has won the Men’s Money In The Bank Ladder Match. We go backstage after this and Seth Rollins isn’t happy.

Rollins announces that whoever wins the Universal Championship match tonight, he’s next in line to face him for the Title.

Reigns has been the Universal Champion for 322 days now. A “Let’s go Roman, let’s go Edge” chant breaks out at the starting of the match.

Roman is dominating Edge and wants him to pay the price for disrespecting him.

Reigns goes for the Superman Punch, but Edge counters with a backslide and goes for the cover, but Reigns kicks out.

Edge is now fired up and hits a face buster, followed by a DDT. He goes for the cover, but Reigns kicks out.

Edge puts Roman in the Crossface, but Reigns manages to reach the bottom rope.

Edge goes for a Spear, but Reigns catches Edge’s neck in the Guillotine Chokehold! Edge manages to get out of it by taking out both himself and Roman out of the ring through the ropes.

Reigns went for the Spear on the outside, but Edge went out of the way and Reigns crashes through the barricade.

Edge then Spears Reigns through another barricade! Edge puts Reigns on his shoulders and carries him to the ring. Edge goes for the cover, but Reigns kicks out!

Reigns hits Edge with a Superman Punch and Edge crashed into the referee. Reigns goes out of the ring, takes a steel chair and breaks a rod out of it.

Reigns is laughing at a fallen down Edge and tells the fans to shut up. Reigns tried to lock a crossface on Edge using that rod, but Edge fights back.

Edge looks in the crossface on Reigns using the rod and The Usos come out. However, The Mysterios take out The Usos.

Edge spears Reigns and goes for the cover and a new referee comes in to count, but Reigns kicks out at 2.5!

Seth Rollins runs down to the ring and Edge kicks him in the face. Edge turns around and Roman hits him with a Spear and pins him to win the match!

Rollins attacked Edge after the match. Rollins then got in Reigns’ face and Edge attacked him. Edge & Rollins went into the crowd brawling. 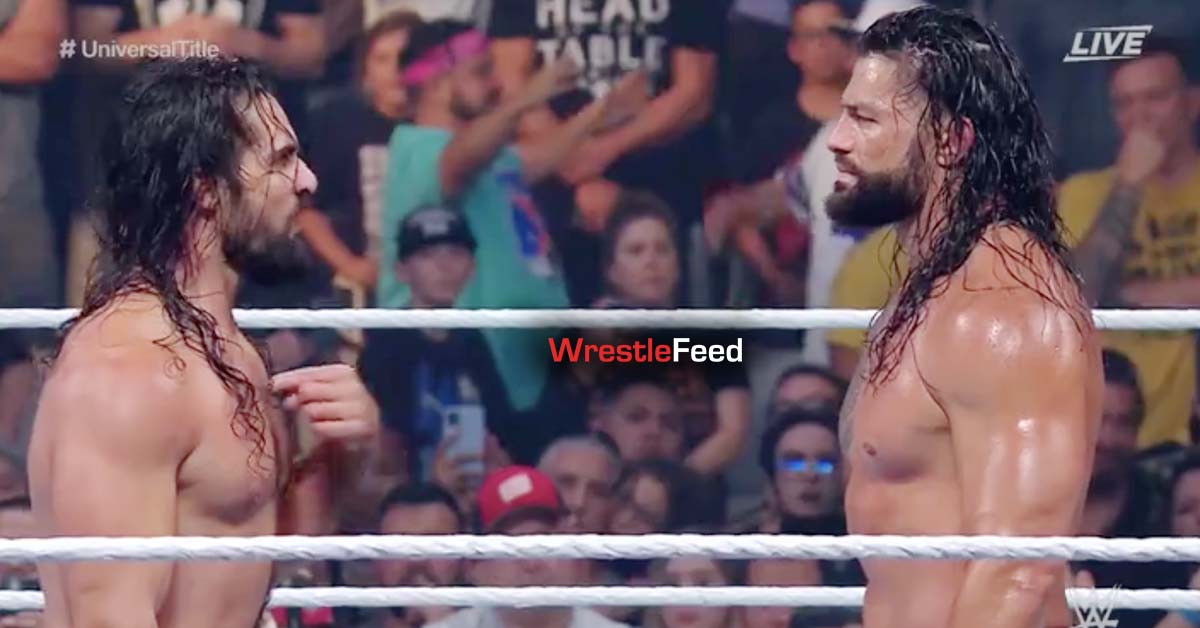 Roman then took the mic and said everyone can acknowledge him now and John Cena’s music hits!

Cena hits the ring and did the “You can’t see me” taunt at Reigns and the show went of the air with Cena celebrating his return to WWE to a huge ovation from the fans!

What a way to cap off an incredible night.@JohnCena IS BACK!!! #MITB pic.twitter.com/ksEuTJlrJF