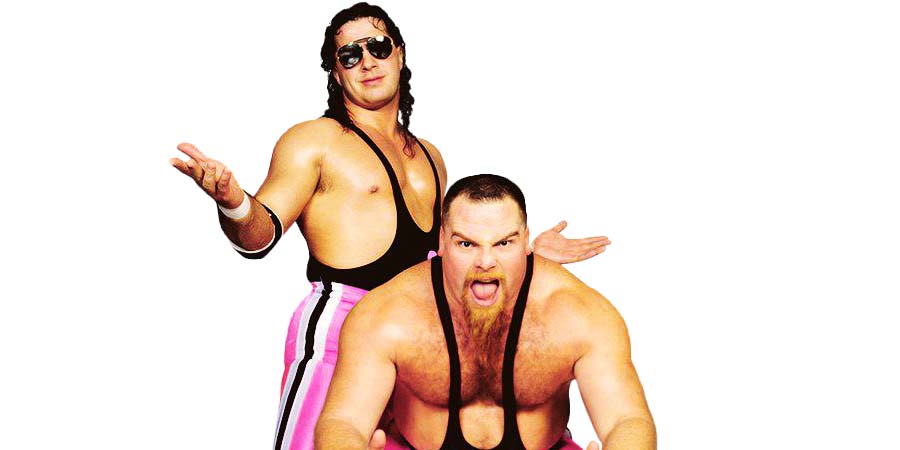 Gino passed away way too early, at the young age of only 28 years, due to a cocaine overdose.

As we noted yesterday, Old School WWF Veteran Brian Blair has announced on Twitter that former WWF Star Jim “The Anvil” Neidhart has passed away.

The Pasco Sheriff’s Office issued the following statement to TMZ regarding Jim’s passing:

“Preliminary information indicates that [Neidhart] fell at home, hit his head, and succumbed to his injury.

No foul play suspected. No additional information to release at this time.”

TMZ issued another update regarding the incident that led to Jim’s passing and you can read it below:

“Elizabeth Neidhart (Jim’s wife) told investigators Jim was having difficulty sleeping and got out of bed to change the thermostat. But, when Jim went to touch it, he “turned weirdly as if he were about to dance.”

“He then fell towards the wall and ground,” the investigation report says.

Elizabeth called 911 thinking he was having a seizure since he “suffers from seizures and takes medication for it.”

Neidhart’s wife says Jim’s last seizure was Dec. 2017 — and she notes doctors also believed he may have had Alzheimer’s as well.

When officials arrived to Jim’s home — they found the 63-year-old on the floor with a 4-inch gash on his face.

Investigators found medication at the home, but note “none of the medication appeared to have been abused.”

He was pronounced dead a short time later.”