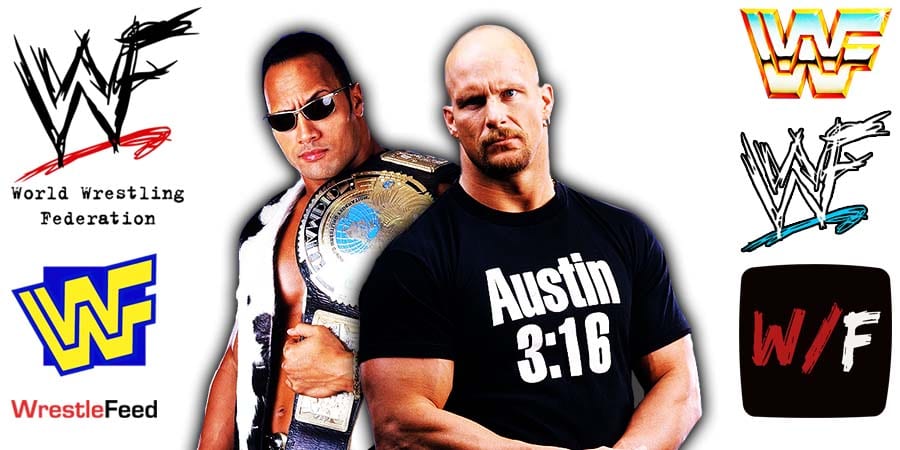 • “Most of the time when she opens her mouth, something stupid comes out” – Britt Baker On Thunder Rosa Comparing Their Feud To Steve Austin vs. The Rock

During an interview on Under The Ring podcast, AEW Women’s World Champion Thunder Rosa compared her feud with Britt Baker to that of Stone Cold Steve Austin & The Rock.

Below is what Rosa said:

Now that I took the title from her, it’s not something that is going to end.

It’s like The Rock and Stone Cold (Steve Austin), something similar, or Trish (Stratus) and Lita. Something of that sort. Something that is never going to end.

Our matches were definitely more physical in terms of female wrestling. We pushed a lot of boundaries that I don’t think people were used to seeing women in the mainstream media, doing something of that sort, especially on the last one.

I probably watched it 10 times and I cannot tell you the amount of pain that everyone that was part of that match went through. From the wrestlers to the referees.

It was very intense and we definitely…we had an opportunity to elevate women’s wrestling to another level with it.”

During an interview with SK Wrestling, Baker had the following to say about Rosa comparing their feud to Austin vs. Rock:

“I think Thunder Rosa should talk the least amount as possible in wrestling and in interviews and in everything and the world would be a better place because she sounds stupid all the time when she says anything.

That’s what I think. No, I don’t compare myself to people like The Rock and Austin or anything like that.

In-character, sure, I think I’m better. Dr. Britt Baker, D.M.D. is better than anybody but when we’re talking realistic storyline settings, I don’t think anything right now that I could do would be at that level.

Someday? I hope so, maybe and I hope and pray that I can have that type of impact on the wrestling world but, Thunder Rosa, most of the time when she opens her mouth, something stupid comes out.”

Also Read: Britt Baker Reacts To A Fan Saying She’s Greedy For Not Sticking To Her Medical Job