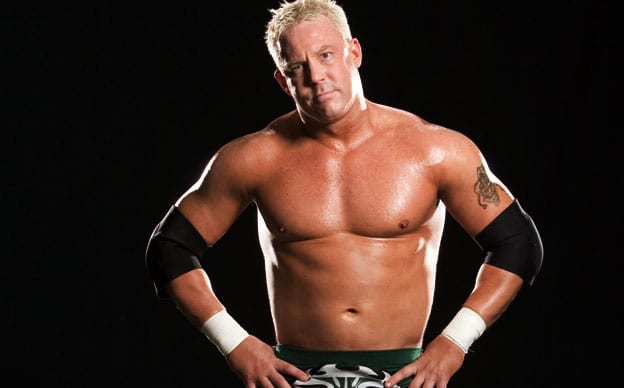 In a recent interview with Journey of a Frontman, TNA wrestler Mr. Anderson (f.k.a Mr. Kennedy in WWE) talked about his time in WWE, losing his major push in WWE, major differences he noted between TNA and WWE, on his thoughts on WWE possibly signing Samoa Joe. Below are the highlights:

Losing his push in WWE

“What happens is when you’re injured, you’re punished for being injured. You get injured because your job is dangerous and they run you five days a week. I was never injured because of stupid things that I did, it was usually at the hands of somebody else. Once I got a bruise on my triceps that was misdiagnosed as a torn triceps. It’s almost like you’re punished for getting injured. When you come back, you’re sort of depushed and somebody else has taken that slot. That’s understandable to a degree, but they can say ‘Here we go, off to the races again’ and they choose not to. Another one of the things that frustrated me was everything that brought me to the dance in the first place, I was told to stop doing all that stuff. ‘Do it this way, don’t do it that way. What you’re doing is wrong.’ I did it on SmackDown for a couple years. Taker, Batista, Rey Mysterio, Bob Holly, Chris Benoit, Kane, Booker T, all those guys loved working with me and had no problems working with me. I went over to RAW and suddenly I don’t know how to work or wrestle or do my thing. I was told don’t do it this way, do it that way. That to me was frustrating because all I wanted to do was entertain.”

“They were telling me just the opposite. They said they would put bullet points down on my promos to let me know where they were going with the main story, they told me however I decided to get there was up to me. A lot of times, I would call Paul Heyman and ask him what he would do in this situation. I told him what they had for me and we would talk almost every week. Paul Heyman was responsible for helping me with a lot of the stuff that was coming out of my mouth in the early days at TNA.”

“I think so. I absolutely think it could happen. And I hope it does for him. I hope if it does, he’ll have a good experience there and I hope they’ll treat them well. Joe’s a guy that will stand up for himself too.”