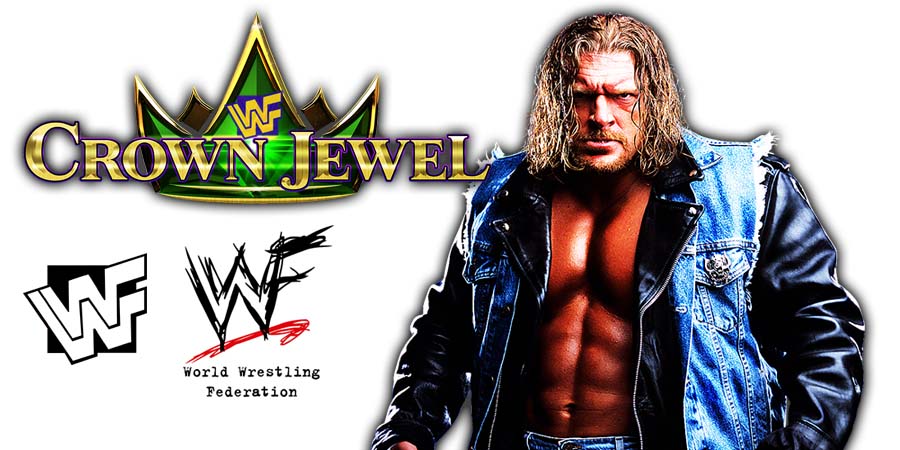 Originally competing under his real name as an enhancement talent on WWF TV between 1994 and 1997, he eventually became a full time WWF roster wrestler in 1999 when he became Joey Abs, a member of ‘The Mean Street Posse’.

Their gimmick was that they were spoiled, rich childhood friends of Vince McMahon’s son Shane McMahon.

WWE Crown Jewel could very well be the biggest WWE PPV of 2018 with Shawn Michaels coming out of retirement, but a lot of controversy surrounds this event.

Also, it is because of this big time money offer that Shawn Michaels is coming out of retirement.

According to Justin Barrasso of Sports Illustrated, multiple WWE stars are uncomfortable in performing at next month’s WWE Crown Jewel PPV in Saudi Arabia because of Saudi’s ‘poor record with human rights’.

With journalist Jamal Khashoggi gone missing (allegedly killed by the Saudi government), WWE is receiving a lot of pressure from US politicians to cancel this event.

To add even more pressure, Senator Richard Blumenthal (Democrat from Connecticut) joined WCBS News Radio 820 and talked about how WWE should reconsider their business relationship with Saudi Arabia:

“All major private interests should review and relook their relationship with the Saudi Kingdom in light of its continuing pattern of abuse of civil rights and civil liberties, contempt for the rule of law, and bombing in Yemen using the United States military equipment and possible intelligence.

I would hope that WWE will recognize on its own a conscience and conviction if there is proof that Saudi officials approved and ordered this kind of killing, and I would lean first on the United States government to do its duty so that it can lead private interests like WWE, and the first place to look is to the United States of America.”

At first, WWE pulled the WWE Crown Jewel PPV from its events calendar on their website (although the PPV was still under shows section), but WWE has added it back again.

Dave Meltzer of the Wrestling Observer is now reporting that the WWE Crown Jewel PPV is still on:

WWE says Saudi Arabia show is still on as scheduled.