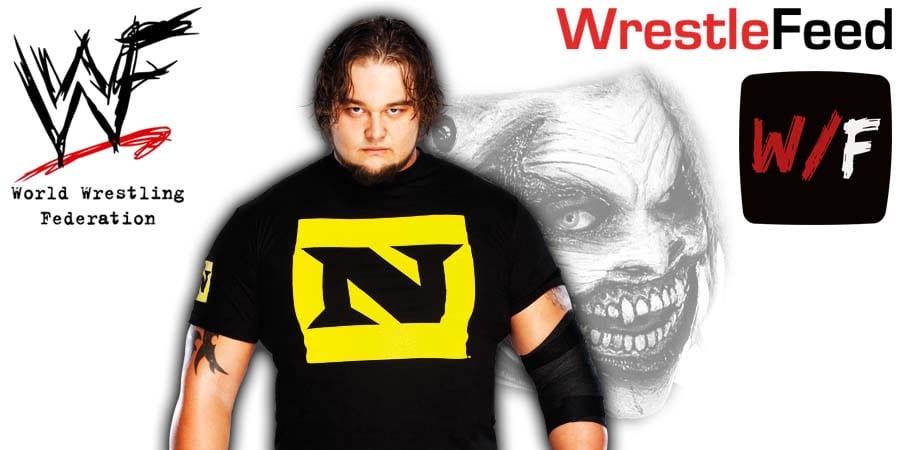 The whole WWE roster is in Dallas right now for the WrestleMania 38 weekend.

Former WWE Champion “The Fiend” Bray Wyatt has also arrived in Dallas, but he’s there for WrestleCon’s “U.S. vs. The World” event on Saturday.

Wyatt wrote the following about his arrival in Dallas on Instagram:

“I just got to Dallas. This place feels so alive, it makes me feel alive.

This week in particular has always been a huge part of me. God damn I missed this energy. I missed all of you too.

I’m sure some of you have questions for me. I got answers. Here it is. I’ll reply to 6 questions in the next hour.

Below are the fan questions and Bray’s answers:

Fan: Why are you in Dallas?

Wyatt: I’m here for @officialwrestlecon. But it’s whatever man. ‘Tis the season.

Fan: Are you going to wrestle again?

Wyatt: I will always love wrestling. I couldn’t imagine spending the rest of my life without stepping in the ring again and hearing that roar again. I think about it often. Everything has to be in place though. Like I said, timing is everything.

Fan: When are you going to feed us baby birds? (this was in reference to a cryptic tweet Bray made last year)

Wyatt: Wrestling is so immediate. It took me some time to understand that everything else out there isn’t a live, weekly episodic chaos experiment.

It took me a second, but I forced myself to be still until I was thinking logically. I’m all in the clear now. It’s the quality I’m after.

My life’s work, my legacy was burned. But I promise you when I leave the earth my past will be far from what my legacy stands for.

Wyatt: I have never been more healthy both physically and mentally. I have been able to challenge myself with projects that would’ve never been possible before. This is a happy time for me. But I have to be patient. Timing is everything.

Wyatt: I love Seth, I love him so goddamn much. Me and him will make up for that one day. And when we do, everyone will understand that wild horses are meant to run free.

Fan: Where is The Fiend?

Wyatt: You know where.

Fan: I swear, if you return to the ring in any way it’s going to be insane. I definitely miss your work and energy.

Fan: How did you come up with the idea for The Firefly Funhouse?