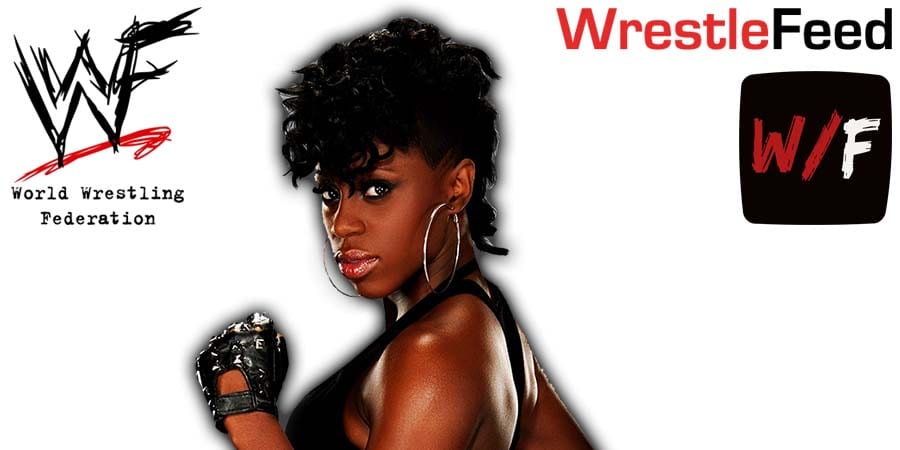 While Sasha Banks was reportedly granted her release from WWE when she got her lawyers involved, Naomi is still with WWE.

It’s been over a month since they walked out of RAW and were then stripped of the WWE Women’s Tag Team Championship.

The Titles are still vacant and WWE hasn’t announced any plan for the tournament they said they’d do to crown the new champions.

In an update on Naomi, she will be featured on an episode of the upcoming season of Celebrity Game Face hosted by Kevin Hart.

She confirmed this news by retweeting it.

Naomi is currently suspended indefinitely by WWE, as announced by Michael Cole on commentary.

It was broadcasted from The Pyramid in Memphis, Tennessee and featured matches, interviews & storyline segments on the road to the ‘WWF King of the Ring 1999’ PPV.