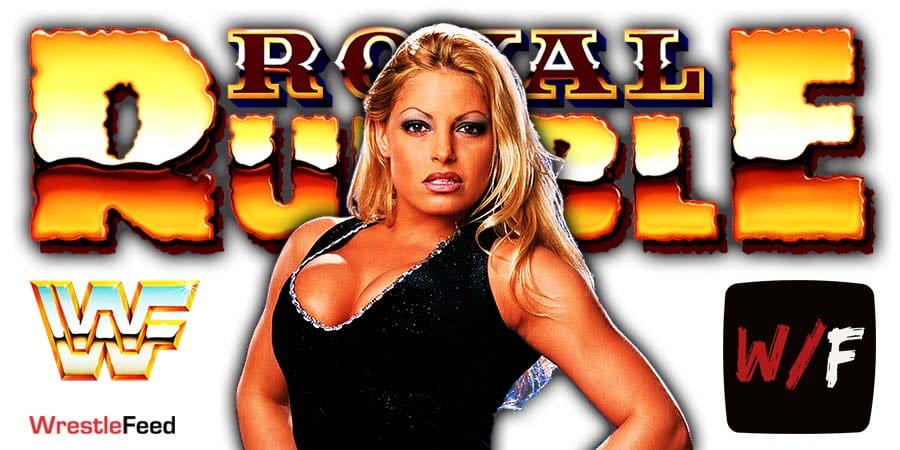 As we noted earlier, former SmackDown Women’s Champion Natalya defeated Tamina and earned the #30 spot in the Women’s Royal Rumble 2021 match. This match aired on WWE Backstage on FS1.

After this, Natalya possibly spoiled a major Royal Rumble 2021 surprise when she posted a picture of her with Trish Stratus and wrote “can’t wait for this Sunday! @trishstratuscom”.

Natalya quickly deleted that Instagram story, but you can check out a screenshot below: 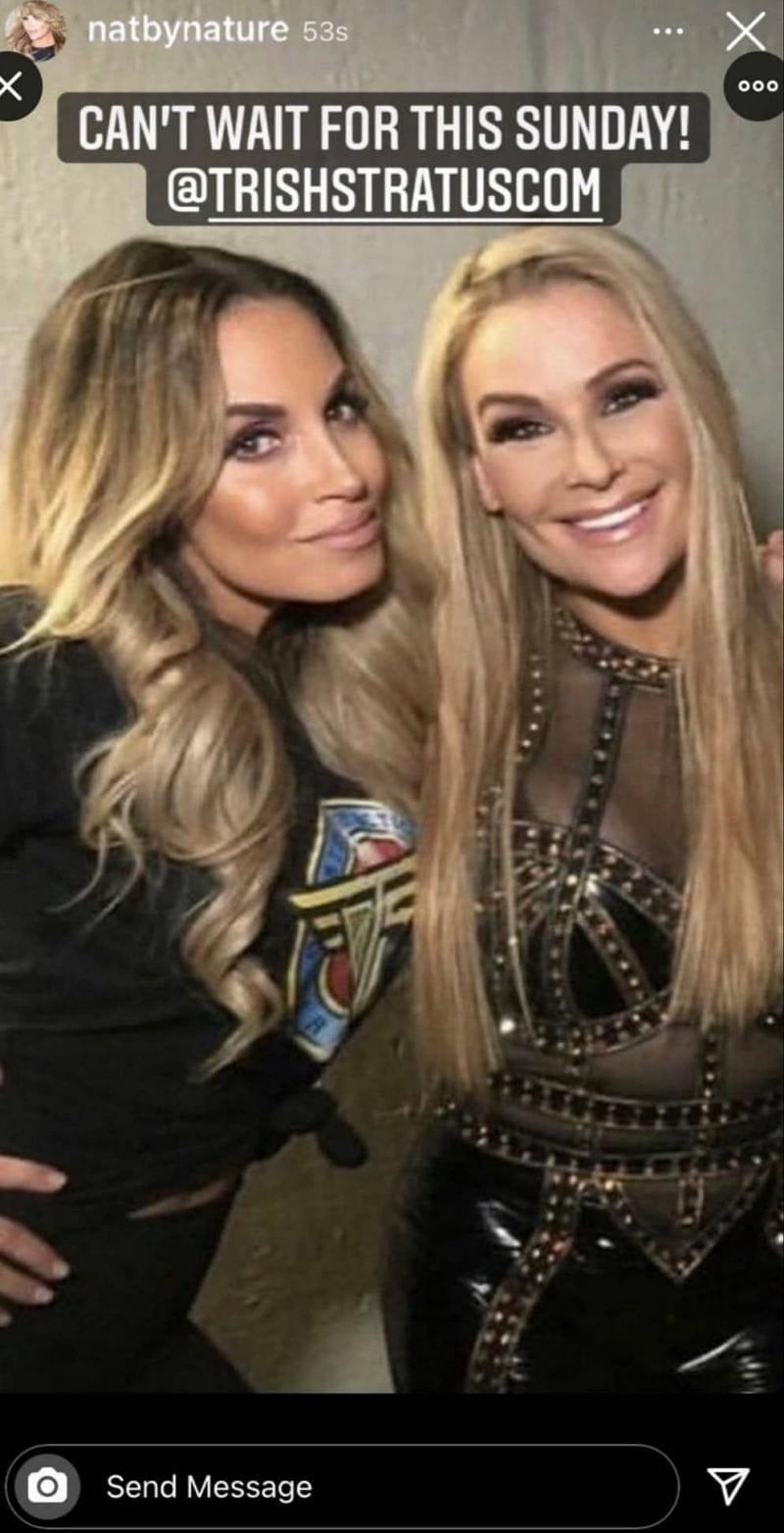 Trish recently teased something for Royal Rumble and it was her second Chalk Line jacket.

Omg! I have some exciting news!! This just made my #RoyalRumble week! Stand by! pic.twitter.com/k77LJSA4kv

So excited to share a first look at my special collaboration with #ChalkLine! Our design gives a nod to one of the most important event to us women performers – the first-ever all-women's #RoyalRumble! See it here: https://t.co/XAlcu8e4qF #TrishStratusxChalkLine #Fanimation

A fan told her to wear that jacket at the Royal Rumble and Trish tweeted the following:

Trish retired from in-ring competition at SummerSlam 2019 (but she has come out of retirement multiple times before).

Note: WWE and their wrestlers sometimes do these things on purpose to cause speculation and increase hype for their shows.