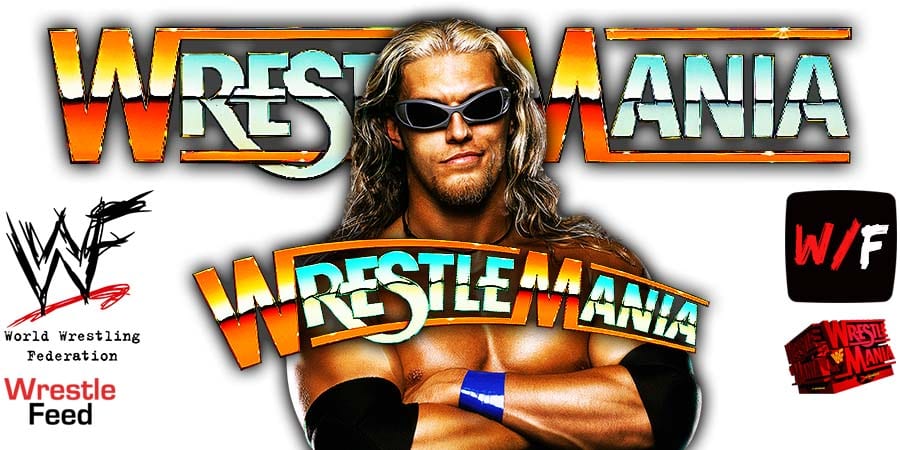 Daniel Bryan kicked off tonight’s SmackDown and said he deserves to main event WrestleMania 37 since he made Roman Reigns tap out, and wants a rematch for the Universal Championship.

Edge interrupted and told Daniel that he already lost to Roman twice and doesn’t deserve to main event WrestleMania, while he does since he won the Men’s Royal Rumble match. They fight with Edge standing tall after hitting Bryan with a Steel Chair and a Spear.

Later in a backstage segment, Roman told Adam Pearce that he’s not working both nights of WrestleMania. Pearce then said he’ll make his decision by the end of the night.

Edge then said the following to Pearce backstage:

“Let’s hope you make the right decision. …Or else.”

"Now I don't have to beat you for the title, I can beat him IF he's involved… So think about that." 👀#SmackDown #UniversalTitle @EdgeRatedR @WWERomanReigns @WWEDanielBryan pic.twitter.com/oeqwWkbXJh

In the main event segment, Adam Pearce announced that Roman Reigns vs. Edge vs. Daniel Bryan for the Universal Championship will be the main event of Night 2 of WrestleMania 37. Bryan then attacked Edge and Reigns attacked Bryan and hit him with a Superman Punch. Reigns tried to attack Bryan with a Steel Chair, but Edge speared Roman.