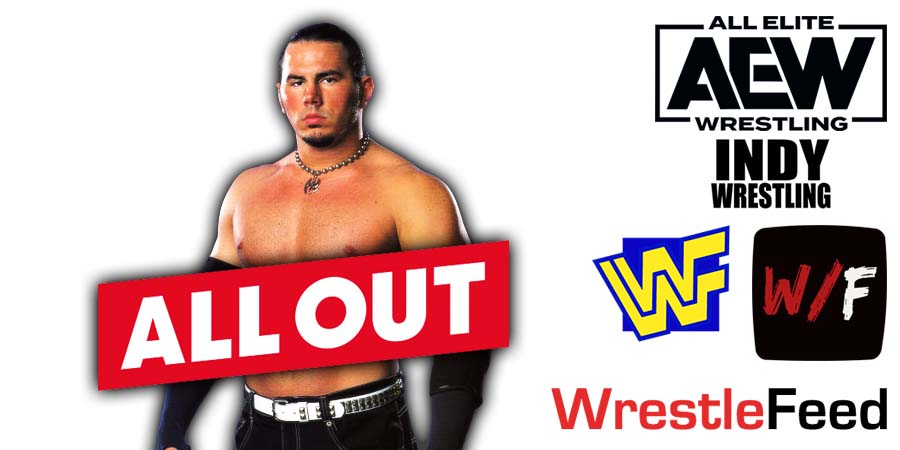 • New Match Announced For This Sunday’s All Out PPV

As we reported earlier, Pac vs. Andrade El Idolo will no longer take place at this Sunday’s All Out 2021 PPV, due to travel issues.

Due to this, the Women’s Casino Battle Royale has been moved from The Buy In show (pre-show) to the main PPV show.

Below is the updated match-card for All Out:

– 21-Woman Casino Battle Royale for a future AEW Women’s World Championship match: Nyla Rose vs. Thunder Rosa vs. The Bunny vs. Big Swole vs. Julia Hart vs. Tay Conti vs. Diamante vs. Penelope Ford vs. Red Velvet vs. 12 women TBD