As seen on Raw a few weeks back, Roman Reigns announced that he’s going to challenge the Universal Champion at SummerSlam 2017. However, WWE is questioning Roman Reigns’ Universal Title match plans for SummerSlam 2017 after what happened at Great Balls of Fire 2017. Below is what WWE posted:

Roman Reigns proclaimed himself the No. 1 contender to whomever won the Brock Lesnar-Samoa Joe Universal Title match at WWE Great Balls of Fire because it’s his yard and he calls the shots. However, it is simply not as cut and dry as all that heading into tonight’s edition of Monday Night Raw. First off, considering that The Big Dog failed to overcome Braun Strowman in their hellacious Ambulance Match, does he deserve a Universal Title opportunity?

Move over, after Reigns took things way too far by crashing the ambulance into another vehicle with The Monster Among Men in the back in the aftermath of their contest, it would stand to reason that Raw General Manager Kurt Angle would be ready to hold The Guy accountable rather than reward him with a title match at The Biggest Party of the Summer.

UPDATE: On tonight’s episode of Raw, it was announced that Roman Reigns will face Samoa Joe next week on Raw. The winner of this match will face Brock Lesnar for the Universal Title at SummerSlam 2017. 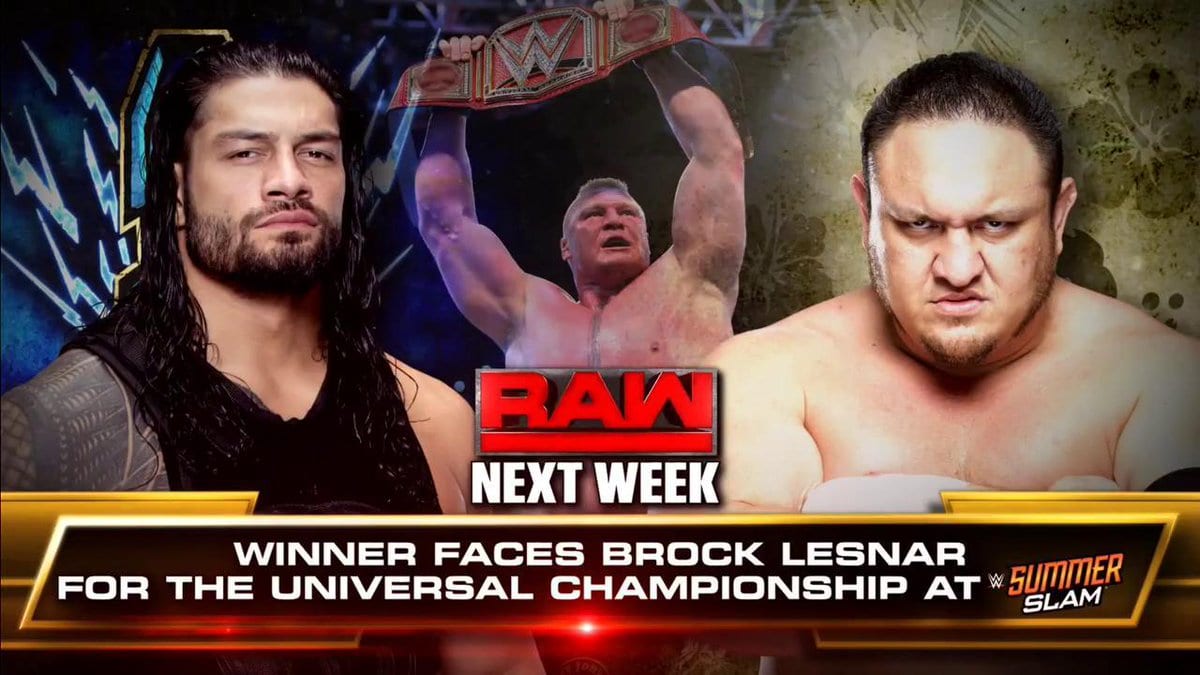