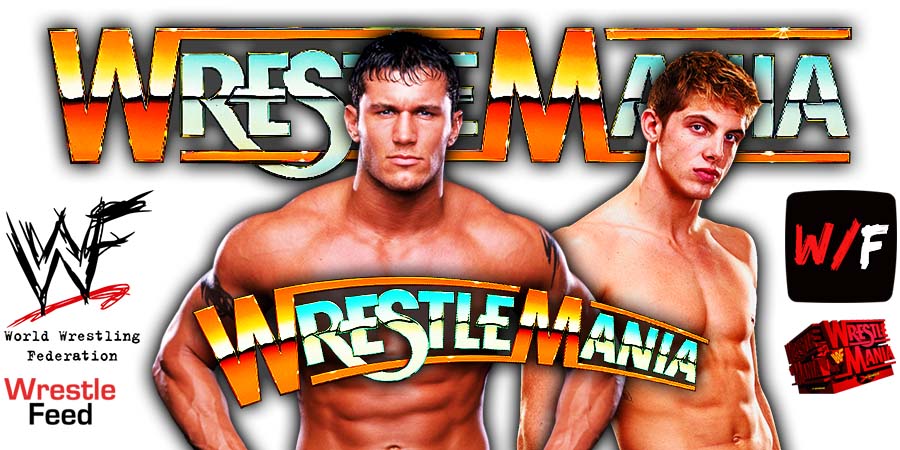 Orton said he will have his 18th WrestleMania match at WrestleMania 38 and this will be the first time he will enter into the Show Of Shows as a Tag Team Champion.

The Street Profits then interrupted them and challenged them to a RAW Tag Team Title match at WrestleMania 38. Orton said that’s not how it works, you can’t get a title match by just winning one match.

Montez Ford then said he’s not asking Orton, he said he’s telling him they are facing him at WrestleMania.

Orton told them to leave or he’ll start hearing ‘voices in his head’. Riddle then had a word with Orton and Orton accepted the challenge.

Montez then called this party that Orton threw “a$$” and Riddle got in his face for insulting Randy. This led to a singles match.

Riddle defeated Ford via DQ when Alpha Academy interfered. Chad Gable & Otis attacked everyone and pointed at the WrestleMania sign, so they could be added to the RAW Tag Team Title match at WrestleMania 38.

Also Read: Kevin Owens Could Get Replaced For WrestleMania 38

This episode was pre-taped at the Cambria County Civic Center in Johnstown, Pennsylvania and featured matches, interviews & storyline segments on the road to the ‘WCW Uncensored 1998’ PPV.