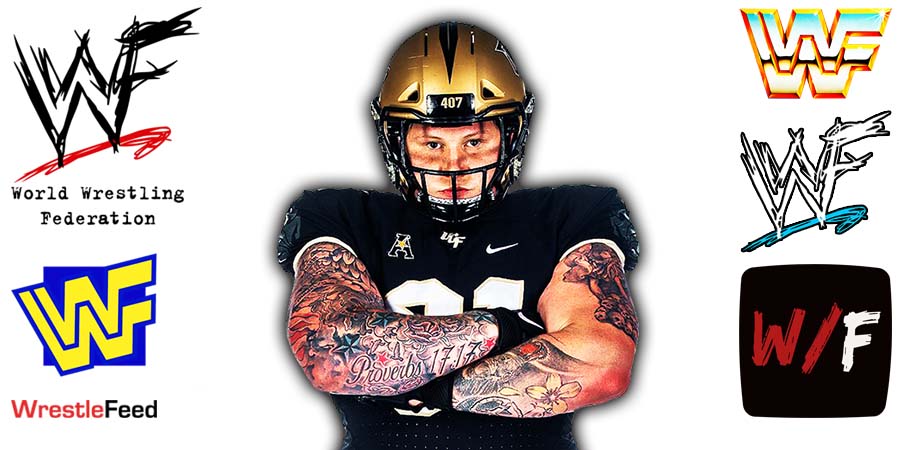 Former WWE wrestler Parker Boudreaux (Harland in NXT 2.0) made his debut in All Elite Wrestling at the recent AEW Dark tapings.

Ariya Daivari started his Trust Busters stable at this tapings and Parker was introduced as a member of the stable.

Parker went on to defeat Serpentico in a singles match.

Boudreaux was released from WWE back in April. His released came as a shock to many, as Harland was dubbed by many as the ‘Next Brock Lesnar’, because of some similarities in their look.

This comparison made him popular and he has over 800,000 followers on Instagram and he gained that without ever appearing on RAW or SmackDown.

This was the first ever PPV match between the two, which turned Bash at the Beach 1994 into the most watched WCW pay-per-view at that time.