This episode was broadcasted from the HSBC Arena in Buffalo, New York and featured matches, interviews & storyline segments on the road to the ‘WWE SummerSlam 2007’ PPV.

The next game in line of the WWE 2K Series, WWE 2K20, will be hitting the shelves on October 22nd this year. The game will be available on PlayStation 4, Xbox One and PC. Nothing about its availability on Nintendo Switch is confirmed as of yet.

2K has revealed a lot of new information about the game, which includes the multiple editions, game modes and wrestlers on the roster. As reported earlier, Roman Reigns and Becky Lynch will be the cover stars of WWE 2K20 this year.

Like every year, WWE 2K20 will have the Standard and Deluxe editions, but this year, there will also be a SmackDown edition to celebrate SmackDown’s 20th anniversary. 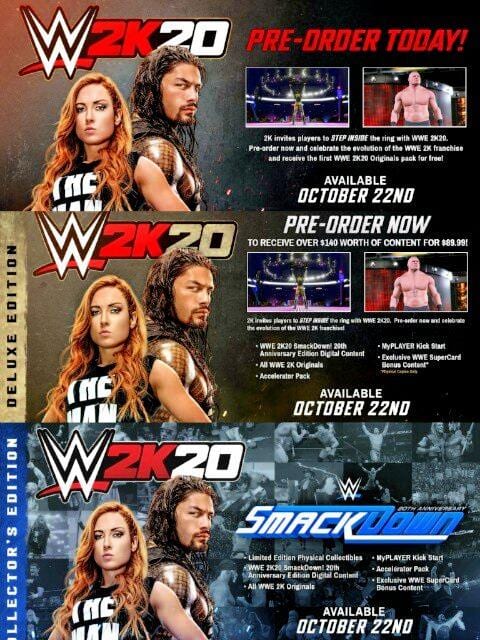 Former RAW Women’s Champion Nia Jax saw the trailer of this game and tweeted the following:

Lol, my boob goes through the ropes when we tag ? now that is a powerful chest!!! https://t.co/pJ8SGarT9A