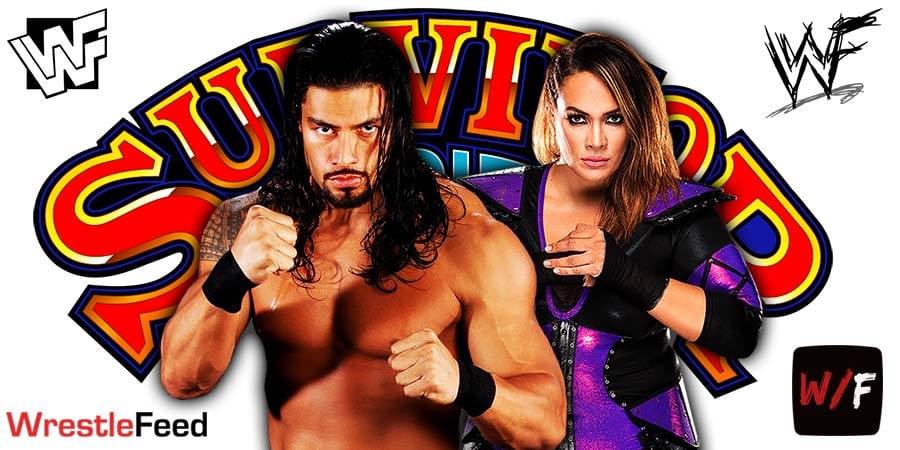 During an appearance on Chris Jericho’s Talk Is Jericho podcast earlier this year, former WWE Superstar Lana talked about the original plan for her at Survivor Series 2020.

However, Universal Champion Roman Reigns had a backstage argument with Nia regarding the Table spot, as an announce table spot was booked for the Roman Reigns vs. Drew McIntyre match as well (which was the main event match).

Roman thought the table spot should be kept special for this PPV and should be saved for his “Champion vs. Champion” main event match, and that’s what happened.

Later, Vince McMahon changed his mind and decided to book Lana to win the match by not pinning anyone (Nia Jax & Bianca Belair got counted-out and Lana was the last woman left in the match, so she won), as he thought that would be hilarious.

“We were supposed to do this whole table spot on the show. And then Roman did not want it, because he had a table spot with (Drew McIntyre). So there was some major pushback. The Samoans, Nia and Roman, you know, that whole thing.”

It looks like Nia still has some heat with Roman over the above stated situation.

A fan recently tweeted the following to her:

“Maybe I’m in the minority, but damn I miss seeing @LinaFanene on @WWE TV! Honestly she is the missing piece for #TheBloodline @WWEUsos @WWERomanReigns agree?”

Nia replied the following to the idea of joining Roman’s Bloodline stable:

Nia Jax was released from WWE in November 2021.

This episode took place at the TNA Impact Zone in Orlando, Florida and featured matches, interviews & storyline segments on the road to the ‘TNA Genesis 2011’ PPV.