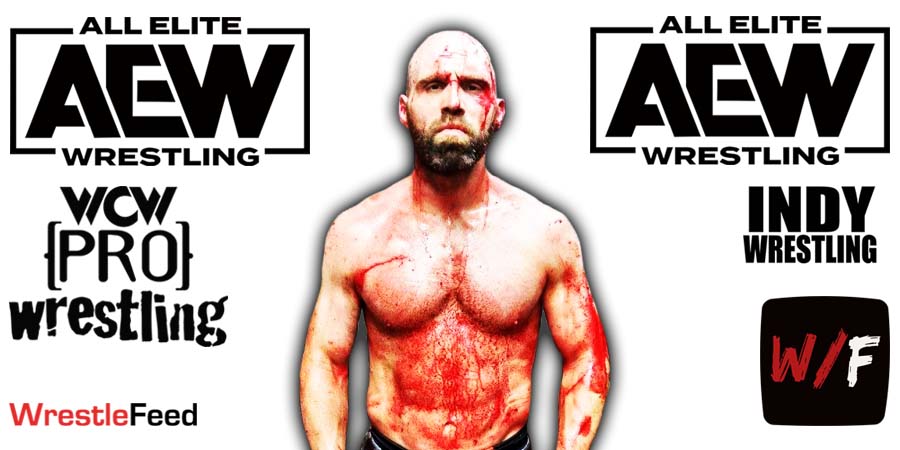 We recently reported that Hardcore Independent Wrestling veteran Nick Gage lost his All Elite Wrestling debut (No-Rules) match against WWF Legend Chris Jericho, but the use of a pizza cutter caused some trouble with AEW sponsor Domino’s Pizza.

Here’s what Gage had to say:

“I came back and [AEW President Tony Khan] was, you know, in what they call Gorilla Position, he got up out his chair, came right up to me, I looked that man dead in his eyes and I said, ‘Man, you got something awesome going here. Thank you for f**king making me feel at home here’.

I was just fired up and he said, ‘Thank you’ and he said, ‘What an awesome match, bro.’ You know, he got up out of his chair, went around the Gorilla Position, looked me in the eyes and I looked him in the eyes, just told him them words, man. But, I just keep it real. I’m a real motherf**ker, I just speak the truth. I just gave him the truth, how I felt at the moment and hopefully he said the same thing to me and was telling the truth.

I was fired up. I was born for that moment. The AEW locker room is awesome. The boys are great. I never felt like I was unwelcome or anything, so that was cool. I was able to focus on what I wanted to do. Then, they were able to let me be, I’m gonna be Nick Gage. They brought me in to be Nick Gage. If you don’t want me to be Nick Gage, I’m going to leave. I felt great and I was fired up. That match was great. Shoutout to Chris Jericho for being a tough dude. It was awesome.

During his WCCW days, he was managed by famous old school wrestling manager Gary Hart.

Gino Hernandez passed away way too early, at the young age of only 28 years, due to a cocaine overdose.