NJPW wrestler Will Ospreay hasn’t been having the best of days lately, as he’s depressed about the recent events.

Ospreay’s name came up in the #SpeakingOut movement because he once blacklisted Indy wrestler Pollyanna from being booked for pro wrestling events for accusing one of his close friends of sexual harassment.

Ospreay posted on his Instagram story today that he came close to committing suicide a few weeks ago, but fortunately, he took the sensible decision and decided to fight the problems in his life.

“Few weeks ago, I came very close to something I know I’d regret.

I’m still dragging my feet but I’m getting better.

Suicide isn’t an option even when you feel like you’ve dropped the world, learning and pushing forward to be better is an option.

Thank you to the people that have ever made me smile or laugh and been there to pick me up. Because of you my heart still beats.

I love you all” 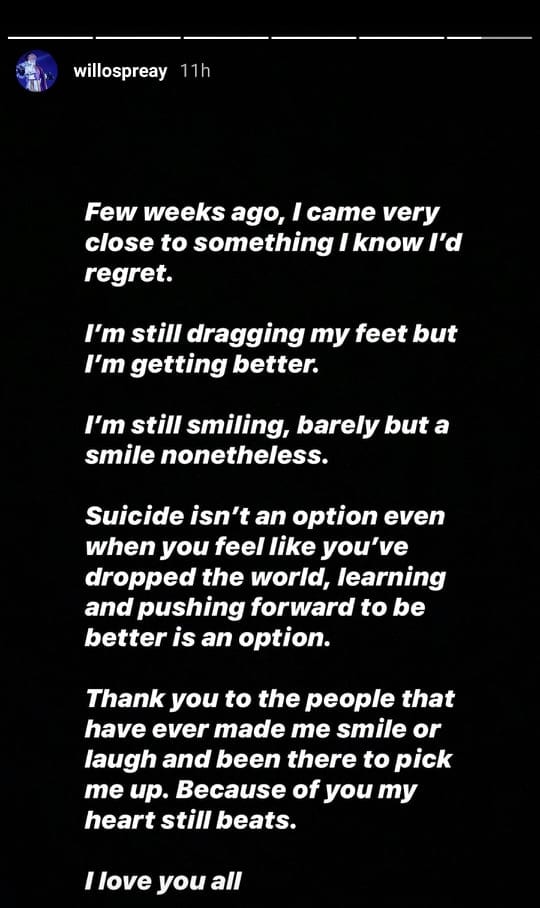 If you are thinking about suicide or know someone that might be having those thoughts, please reach out to the National Suicide Prevention Lifeline at 1-800-273-8255.