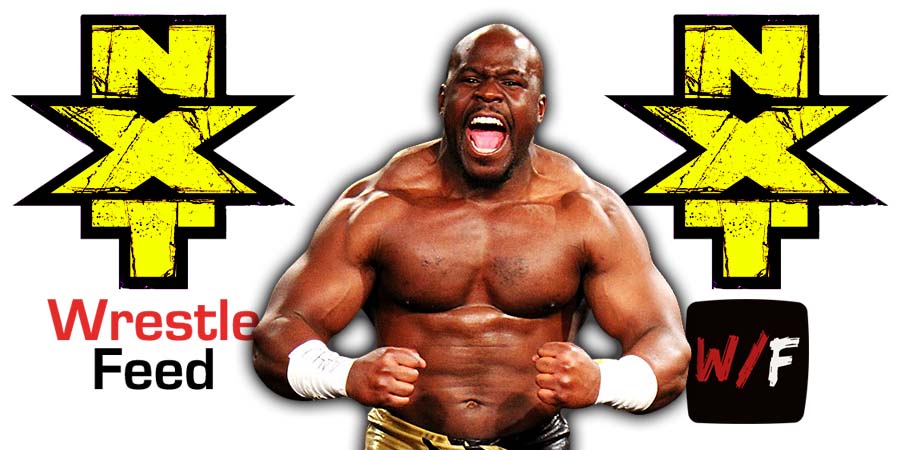 – NXT 2.0 kicks off with new NXT North American Champion Carmelo Hayes celebrating his Title win from In Your House.

Solo Sikoa & Grayson Waller interrupted and argued over who will challenge Carmelo first.

– NXT Champion Bron Breakker said he defeated Joe Gacy at In Your House and wants to know who will be the next person to face him for the Title.

WWE RAW Wrestler Apollo Crews came out. Apollo said he loves NXT and he left way too soon. He wants to be NXT Champion.

.@WWEApollo is back home on #WWENXT and he's ready to make history!!! pic.twitter.com/th6DrSh2Ra

– Joe Gacy said his Druids will now be known as The Dyad and they will have their first match next week.

After the match, Toxic Attraction came out. NXT Women’s Champion Mandy Rose said that Roxanne’s career is all downhill from here, and if she challenges her for the Title, she will lose like Cora Jade did.

They got into a brawl. Indi Hartwell came out to make the save.

– Pretty Deadly def. Andre Chase in a 2-on-1 Handicap Match

Billy returned to the WWF for one last run in 1986 but a hip replacement surgery eventually got the better of him, so Graham retired from active professional wrestling in late 1987 and became a color commentator, before leaving the company in 1989.