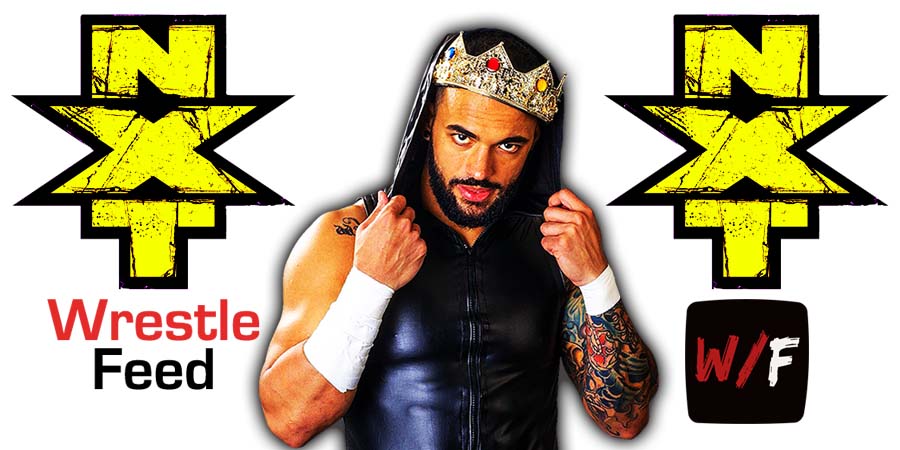 – NXT 2.0 kicked off with Tyler Bate. Tyler said he represented NXT UK the best he could at Worlds Collide, but came up short against Bron Breakker.

Gallus interrupted and said Tyler let down the entire NXT UK Roster and all of Europe by losing at Worlds Collide. Tyler said they shouldn’t be pointing fingers at him since they lost too.

Tyler was then attacked by Gallus, but Bron made the save. Bron proposed they face off tonight in a Tag Team Match.

– Apollo Crews said that Grayson Waller attempted to blind him and has blurred his vision, but that he is not afraid of the unknown.

After the match, Cora Jade attacked Roxanne with her stick.

– A vignette was shown for a surfer named Sol Ruca.

– Axiom def. Nathan Frazer in a 2 Out of 3 Falls Match

– “The Super Diva” Quincy Elliot said nothing is cuter than a boy on his scooter, and announced that he will arrive next week.

After the match, JD McDonagh came out and attacked Tyler.

The Andersons vs. The Kansas Jayhawks

The Warlord vs. Jack Weathers