It was broadcasted from the Events Center in Casper, Wyoming only 2 days after the ‘WCW Hog Wild 1996’ PPV and featured matches & storyline segments on the road to ‘WCW Fall Brawl 1996’.

– Diamond Dallas Page Vs. the Renegade

Keith Lee’s NXT debut aired this week and he defeated Marcel Barthel. Keith is a Superheavyweight and is billed at 325 lbs.

For a guy that size, he as phenomenal athleticism.

However, it looks like fellow NXT wrestler Riddick Moss isn’t impressed with Keith Lee’s weight and tweeted the following (it’s a screenshot of his tweet because he deleted it later): 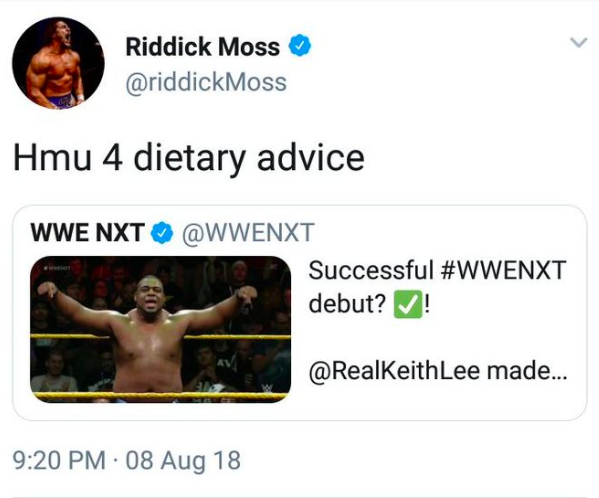