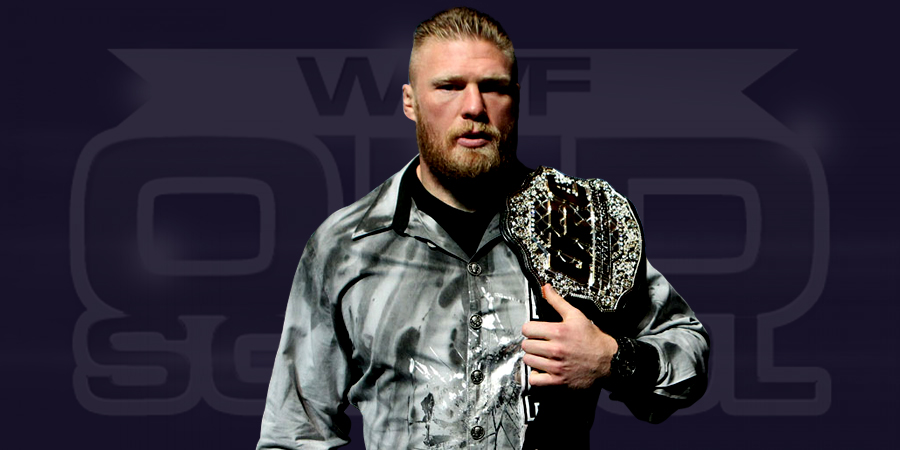 On this day in 2010, Brock Lesnar got beat by Cain Velasquez and lost the UFC Heavyweight Title in the very first round of his fight at UFC 121. Brock was busted open pretty bad in this fight.

The Undertaker was in attendance for that fight and asked Lesnar “You wanna do it?” after his fight was over. You can watch the full fight below including Lesnar’s post-fight interview:

Below is the interview with The Undertaker at UFC 121: