Earlier this year in May, there were plans for SmackDown Live Commissioner Shane McMahon to face the former two time United States Champion Rusev at SummerSlam 2017. However, that isn’t the case anymore. Now there are plans to do a match between Shane O’Mac and former 3 time United States Champion Kevin Owens at SummerSlam 2017. This feud was teased on the last episode of SmackDown Live when Owens wasn’t happy with Shane forcing him to defend his Title (which he went on to lose later in the night).

Here’s what X-Pac had to say about this on WZ Daily: “About two weeks ago when I saw Shane on TV I said, “He’s getting ready for a match.” I could tell by looking at him. He’s back in the kind of similar shape he was in at WrestleMania. If they have a match it’ll be a good match. They’ll make sure nothing is left to chance with it.” 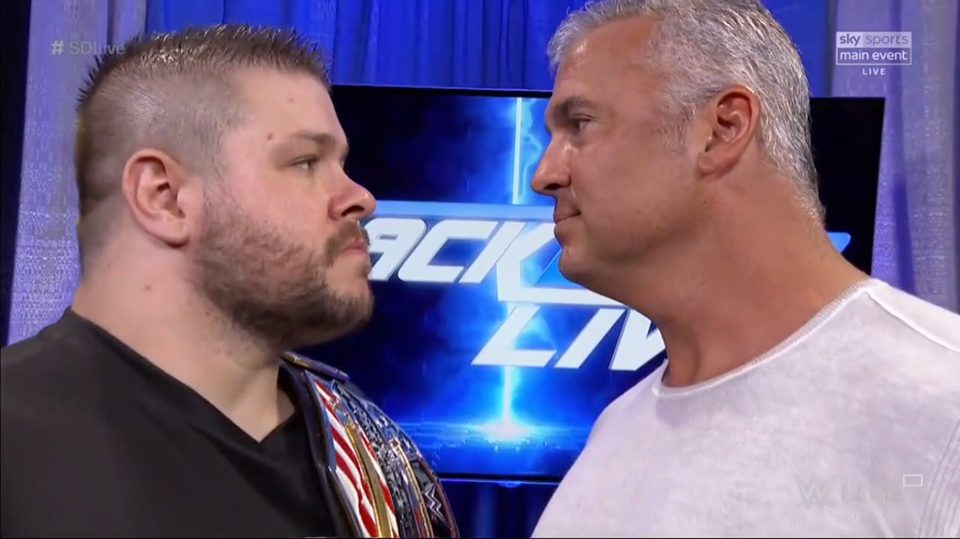 16 Time WWE World Heavyweight Champion John Cena will face “The Samoan Submission Machine” Samoa Joe for the first time ever on August 27 in Tupelo, Mississippi at a WWE Live Event.