1. Official Poster For SummerSlam 2017 Spoils The Result For This Week’s “Dream Match”, AJ Styles On Not Making It To The SummerSlam Poster 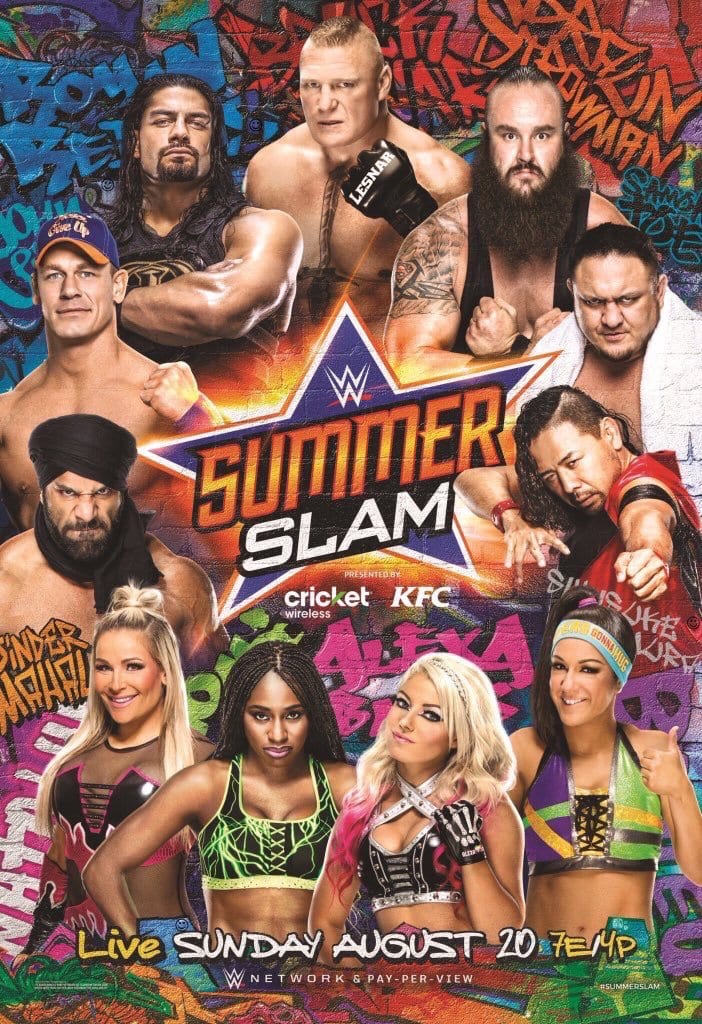 From the poster, it looks like it’s going to be Jinder Mahal vs. John Cena vs. Shinsuke Nakamura in a Triple Threat match for the WWE Championship at SummerSlam 2017. This likely means that the Cena vs. Nakamura match (which WWE is billing as a “Dream Match”) will end in a no-contest, count-out or DQ.

– AJ Styles On Not Making It To The SummerSlam Poster

As seen on the poster above, the current United States Champion AJ Styles isn’t featured on the poster. Below is what Styles had to say about this on Twitter:

It's an advertisement that fans will buy tickets for. https://t.co/9oeOrvYML0