Brock Lesnar was a World Wrestling Federation developmental wrestler, who in 2000 started to wrestle for their developmental promotion Ohio Valley Wrestling down in Louisville, Kentucky, before having his official WWF debut on Monday Night RAW in 2002.

Despite popular misconception, he’s still considered a huge box-office draw these day, thus clearly justifying the millions of dollars Vince McMahon pays him for his stints.

WWE released a T-Shirt for this tag team ahead of Extreme Rules 2019 and you can check it out below: 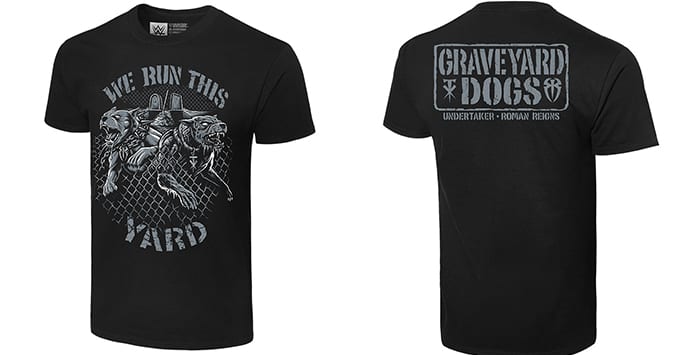