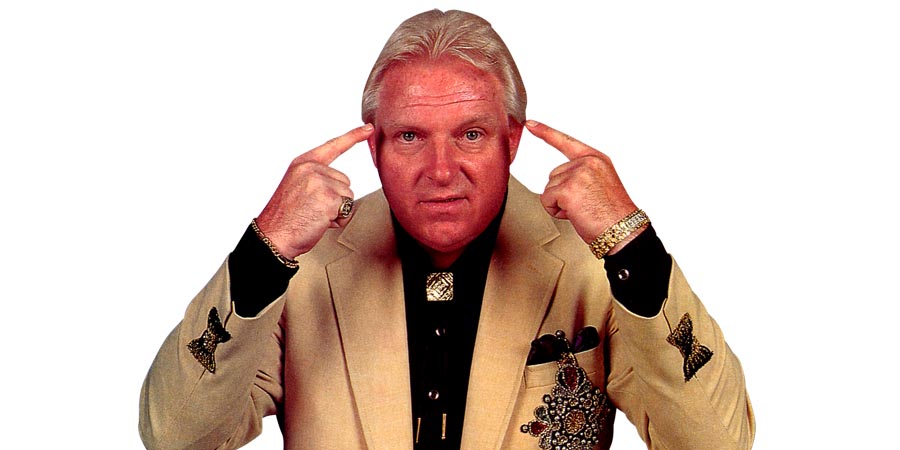 We are saddened to report that Old School WWF Legend & WWE Hall of Famer Bobby “The Brain” Heenan has passed away at the age of 73. Below is what WWE posted about this:

“WWE is saddened to learn that WWE Hall of Famer Bobby Heenan, regarded by many as the greatest manager in sports-entertainment history, has passed away at age 73.

With a career spanning more than four decades, Heenan was the “The Brain” behind some of the most prolific Superstars in sports-entertainment history. Heenan plied his trade as their mischievous manager by running his mouth on their behalf with a sarcastic wit considered among the best in the business.

Heenan named competitors under his guidance as the Heenan Family, a moniker meant to show the strength of their alliance over any opposition. Members of the Heenan Family in the AWA and WWE read like the who’s who of sports-entertainment, including Legends and WWE Hall of Famers such as Nick Bockwinkel, the Blackjacks, Big John Studd, King Kong Bundy, “Ravishing” Rick Rude, “Mr. Perfect” Curt Hennig, the Brain Busters (Arn Anderson and Tully Blanchard), Harley Race, and of course, the first WWE Hall of Famer, Andre the Giant, whom Heenan led to the ring at WrestleMania III before 93,173 fans.

As impossible as it may seem, Heenan’s overwhelming success as a manager was matched by that of his announcing career. Heenan’s constant verbal jousts with fellow WWE Hall of Famers Gorilla Monsoon and “Mean” Gene Okerlund on USA Network remain among the most memorable moments in sports-entertainment history. In fact, “The Brain” was so entertaining that “The Bobby Heenan Show” had a brief run on USA Network as well.

In addition, “The Brain” was part of the original broadcast team for Monday Night Raw in 1993, and also sat at the announce table for both Raw and WCW Monday Nitro.”

Below is how the wrestling world reacted to Heenan’s death:

The news of Bobby "The Brain" Heenan's passing today gutted me.

I loved our time together.

No one ever did it better than the Wease.

Worked with Bobby Heenan from 1980 until my career ended,learned new things from him ever single day,love u my brother rip. HH

Saddened by the news that arrived this afternoon from Bobby Heenans daughter Jess, that he has passed. Bobby and… https://t.co/KNsvLlW4sy

RIP Bobby "The Brain" Heenan – one of the GREATEST and most influential personas our business has ever known. pic.twitter.com/BUDikV0z2X

Today we lost one of our legends.

Im just happy the last words I said to him were, "I love you Bobby."

Hearing of the passing of Bobby Heenan certainly brings sadness, but, being blessed to witness his genius 1st hand, also brings a smile, RIP

Bobby Heenan died today and it has left me very sad. He was the best of the best in the biz and a friend. RIP Bobby. Praying for you Cindy pic.twitter.com/T8wuFAYuST

Bobby Heenan was great at all that he did
Manager
Wrestler
Announcer
Host
The Brain
Weasel
Celebrate his life on @WWENetwork
1 of a kind pic.twitter.com/RdcVzUCmK4

Very sorry to hear of the passing of Bobby "The Brain " Heenan.I was fortunate to work, laugh and learn from him.A great man.

#RIPBobbyHeenan the greatest Pro Wrestling Manager of all time pic.twitter.com/2MNochd3Dx

Very saddened to hear of the passing of Bobby "The Brain" Heenan. I was truly blessed to know him. RIP my friend!?

"I don't look at myself as a hero or smart person. I have a seventh-grade education, but I've had a lot of fun."-#RIPBobbyTheBrainHeenan pic.twitter.com/YwZcMpSOAt

…one of a kind. pic.twitter.com/2uM1qpWHaF

RIP Bobby "The Brain" Heenan. He was one of the greatest mananagers in the history of our business!

RIP Bobby "The Brain" Heenan. Thanks for gracing us humanoids with your unmatched talent for so many years.. Nobody did it better. Nobody.

Our thoughts go out to the family of Bobby "The Brain" Heenan. No manager or commentator was ever better at entertaining us humanoids.

Saddened to hear of the passing of one of wrestlings GREATEST, Bobby Heenan. https://t.co/chBwNG4PFq

I will always appreciate the short time I had with Bobby "The Brain" Heenan. It was truly an honor #RIPBobbyHeenan pic.twitter.com/wkpINiJIFl

Saddened to hear of the passing of Bobby Heenan. "The Brain" did it all in the biz, in the most entertaining ways possible. #RIPBobbyHeenan

One of the greatest managers and announcers in WWE history. Our thoughts are with the Heenan family. pic.twitter.com/r9A3IJlSoP