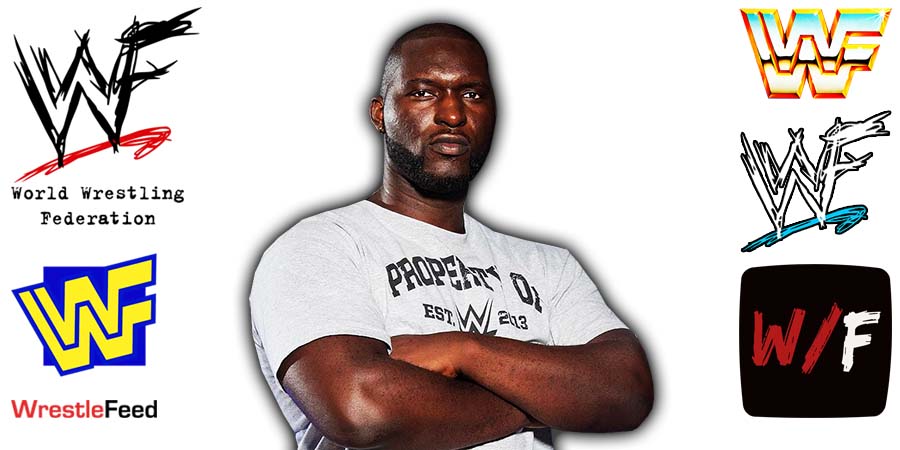 • Omos Reacts To The Undertaker’s Comments About Him

During his appearance on this week’s episode of WWE’s The Bump, The Undertaker praised former RAW Tag Team Champion Omos and compared him to late WWF Legend Andre The Giant.

“There won’t be another Andre but this guy is as close as we’ve come. And that’s a big statement. Omos is special.

The big thing for him to know and realize that he’s special and he’s different from everybody else. The average size of the wrestler, in general, is smaller than it was.

So here is this guy who is incredibly athletic and incredibly huge. He’s just a big, strong man. It’s important for him to make sure that he protects that. He and I have had a couple of conversations about what he should do and what he shouldn’t do and if things get too heated, call me.”

After hearing The Deadman’s comments, Omos tweeted the following:

Standing at a height of 7-foot-3, Omos is the tallest wrestler in WWE today.

Also Read: The Undertaker Reveals If He’ll Use His Deadman Character Again

Known in other promotions like Smoky Mountain Wrestling and Extreme Championship Wrestling as “Prime Time” Brian Lee and “Bulldozer” Brian Lee, he is a lot more famous for his 1994 WWF stint, where he played the character of The Undertaker (imposter), when “The Million Dollar Man” brought in a FAKE Undertaker that looked almost exactly like the original one, Mark Calaway.

When Brian Lee returned to the World Wrestling Federation 3 years later in 1997, he was known as Chainz, a proud member of The Disciples of Apocalypse along with Crush, Skull & 8-Ball.