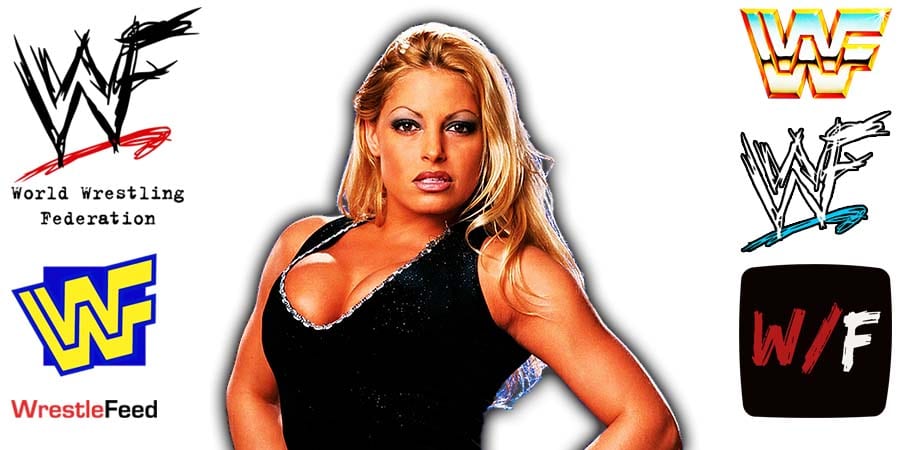 • Trish Stratus Provides Stratusfaction By Stripping In The Ring (Video)

WWE Hall of Famer Trish Stratus is considered the most popular and one of the hottest divas in the history of Professional Wrestling, and there’s a very good reason behind it.

There was a time when Trish was on another level in terms of looks and giving the people what they want.

An example of it can be seen in the videos below, where Trish strips in the ring and provides ‘stratusfaction’ to her fans:

It was broadcasted from North Charleston, South Carolina and featured matches & storyline segments on the road to the ‘WWE Armageddon 2002’ PPV.