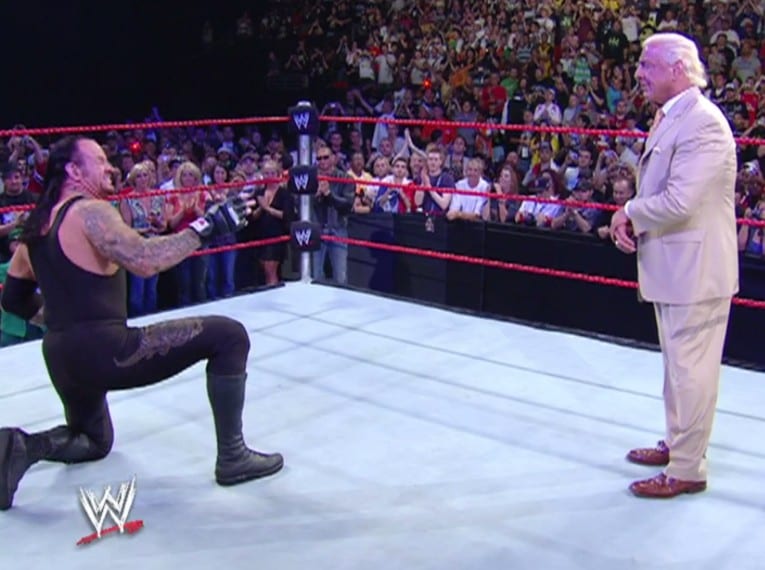 On this day in pro wrestling history on March 31, 2008, it was the post WrestleMania 24 edition of Monday Night Raw. This night featured the farewell of “The Nature Boy” Ric Flair as he lost a retirement match to Shawn Michaels the previous night at WrestleMania 24.

The farewell included a Four Horsemen reunion (Tully Blanchard, JJ Dillon, Arn Anderson, & Barry Windham). It would be their only televised reunion until 2012, when they go into the WWE Hall of Fame as a unit, and Ric Flair becoming a 2 time WWE Hall of Famer.

After Raw went off the air, The Undertaker made his way out and broke character to show respect and congratulate Flair on a legendary career.