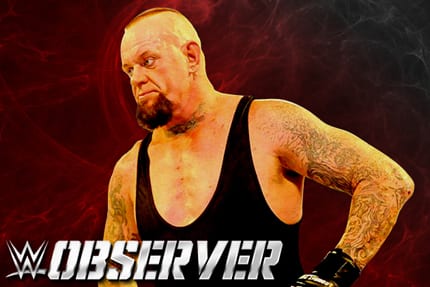 The Undertaker after losing at WrestleMania 30

During this event, the most shocking moment in WWE history took place as The Undertaker’s undefeated WrestleMania streak came to an end when Brock Lesnar defeated him. Taker was taken to a local medical facility after the match as he suffered a concussion.