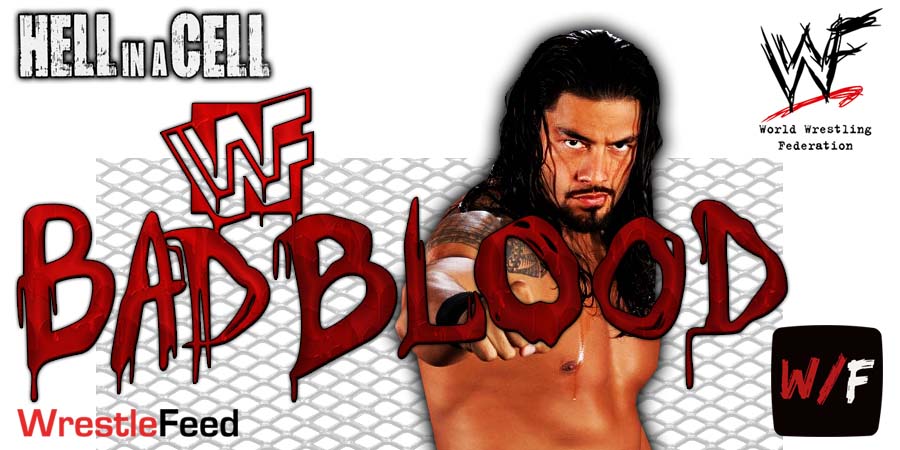 • One Of Roman Reigns’ Upcoming PPV Matches Possibly Getting Preponed

As we noted earlier, the Wrestling Observer reported that the upcoming PPV opponents for Undisputed WWE Universal Champion Roman Reigns are going to be:

It looks like Reigns vs. Riddle will get preponed to Hell In A Cell 2022 on June 5th, as Riddle is looking for vengeance after The Bloodline brutally assaulted him and Randy Orton on last week’s SmackDown and won their RAW Tag Team Titles.

On this week’s RAW, Riddle called Reigns a Tribal piece of trash.

Below is the current match-card for Hell In A Cell 2022:

The Mountie vs. Ricky Rice