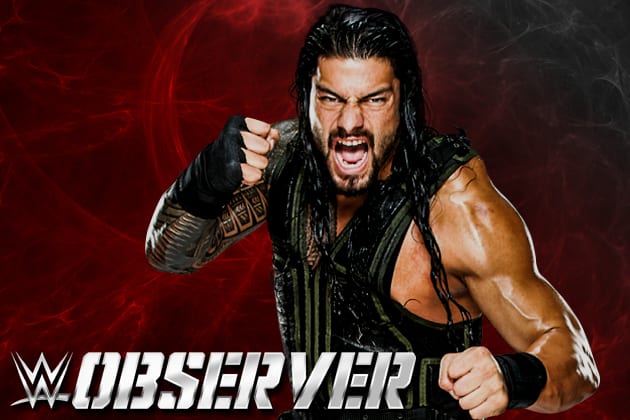 On this week’s Raw, it was announced that Daniel Bryan will face Roman Reigns at Fast Lane Pay-Per-View, with the winner going to WrestleMania to face the “Beast” Brock Lesnar for the WWE World Heavyweight Championship. But before this week’s Raw, plans for Roman Reigns were for him to defeat a top heel (Big Show in this case) and go strong into his title match with Lesnar at Mania.

On the other hand, original plans for Daniel Bryan were a little bit different. He was supposed to face Bray Wyatt at Fast Lane and put him over, so as to keep him strong for The Undertaker at WrestleMania (if he’s returning). With Bryan not available for a match with Wyatt at Fast Lane, it would be interesting to see who puts him over at Fast Lane PPV.

As noted before, Bryan was scheduled to face Sheamus at this year’s WrestleMania, but he requested the change and got Dolph Ziggler. It is still expected that Reigns will face Lesnar at WrestleMania, and Bryan won’t be added to the match (making it a triple threat like last year). It is being reported that in the promotional material for WrestleMania, Reigns is to be most heavily promoted, followed by Lesnar & then John Cena. WWE has not included Sting in any of the WrestleMania promotional material as of now.

Who will win at WWE Fast Lane? Vote below!