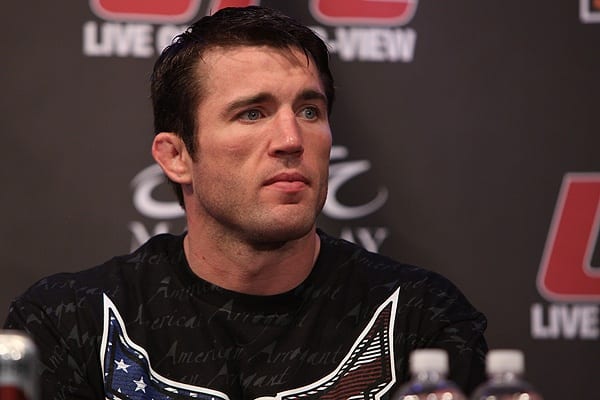 On TSN’s Off The Record, former UFC Fighter Chael Sonnen said that the WWE invited him to WrestleMania 31 weekend for a meeting. Apparently, another UFC Fighter Wanderlei Silva was also invited. Sonnen didn’t reveal the reason for the meeting with WWE, but he’s getting a ticket for either WWE Hall of Fame or WrestleMania. There is no update on whether Silva accepted the invite or not. It is worth noting that WWE will soon announce a partnership with MMA apparel company Tapout, so it would be interesting to see if Chael Sonnen is involved in some way or not.

A WWE representative issued the following statement today in response to a request for comment on the story:

“There has been no invitation from WWE for Chael Sonnen to attend WrestleMania.”