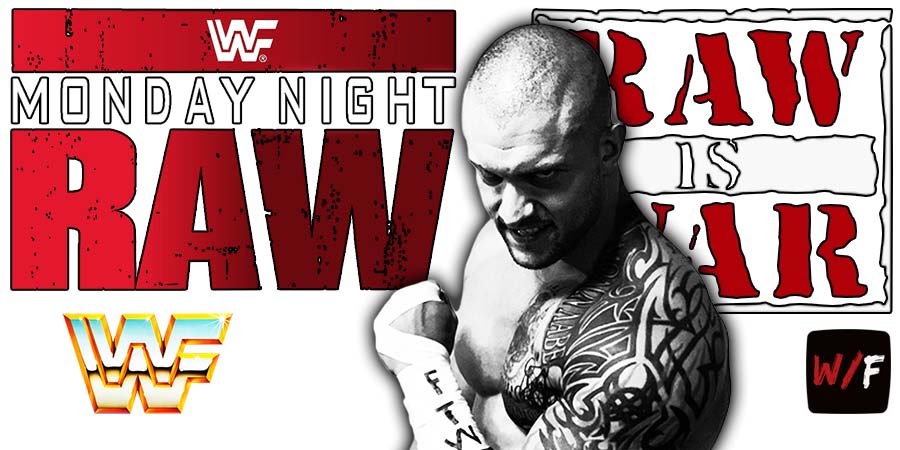 In his RAW debut match, Kross lost to Jeff Hardy. Kross was scheduled to face Hardy again next week, but Hardy was pulled from the show because he tested positive for COVID-19.

Kross then faced Keith Lee instead of Hardy and won the match this time.

According to Andrew Zarian of the Mat Men Pro Wrestling podcast, the original plan was for Kross to go on a losing streak, and then Scarlett’s arrival on RAW would’ve turned things around for him:

“Karrion Kross was supposed to lose again to Jeff Hardy in the rematch and then finally go berzerk. I was told that the plan was that Karrion Kross keeps losing until Scarlett shows up and that’s gonna bring him back on track because she is able to unleash the warrior, whatever they’re calling him, the gladiator in him.”

Kross addressed his loss to Hardy in a post-RAW interview last week, which was done after he defeated Lee.

“Tough loss, it’s an interesting choice of words. I would say Jeff Hardy cheated but then again, he might be the smartest man in WWE, because if I were him that’s exactly what I would have done.

It lit a fire in me. I need to understand and not lose sight that people will do anything they possibly can to get out of that ring in one piece. But Jeff Hardy and I, we’re not done yet, not by a long shot.”