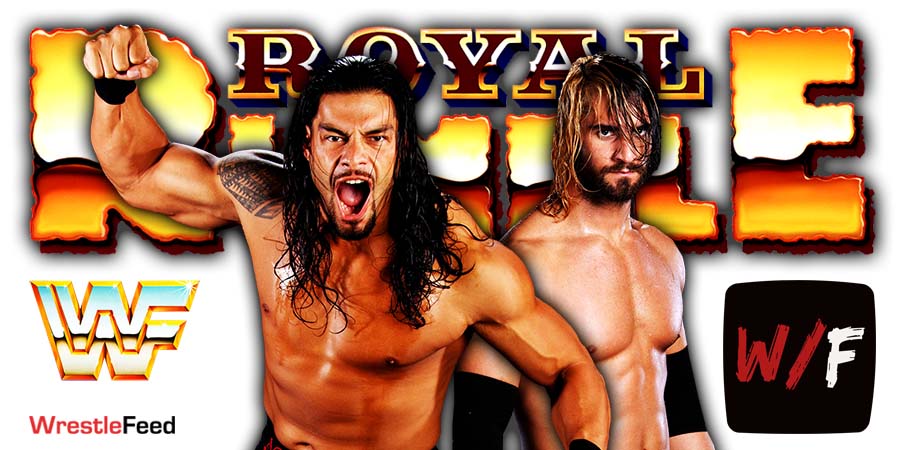 As seen in the opening match of Royal Rumble 2022, Roman Reigns lost to Seth Rollins via DQ, when he refused to let go of the Guillotine Chokehold after Seth managed to grab the bottom rope (which some fans are saying only happened due to the referee lifting his hand).

Since the loss was by disqualification, Reigns is still the Universal Champion.

According to the Wrestling Observer, the original plan was for Reigns to defeat Rollins, and then Rollins would’ve entered the Men’s Royal Rumble match later in the night.

Shane McMahon was really pushing for Seth in the Men’s Rumble, most probably because Shane vs. Seth was the original plan for WrestleMania 38, and they could’ve planted the seeds for this match in the Rumble.

However, Vince McMahon changed his mind and booked a DQ finish, with Reigns destroying Rollins with a Steel Chair after the match, in the same way Rollins did back in 2014 while breaking The Shield – and this program was based around The Shield break-up, so it made sense for that beatdown to happen.

After this, it was decided that putting Rollins in the Rumble match after this vicious beatdown would be stupid and the idea was nixed.

It was broadcasted from the Target Center in Minneapolis, Minnesota and featured matches, interviews & storyline segments on the road to the ‘WCW SuperBrawl IX’ PPV.