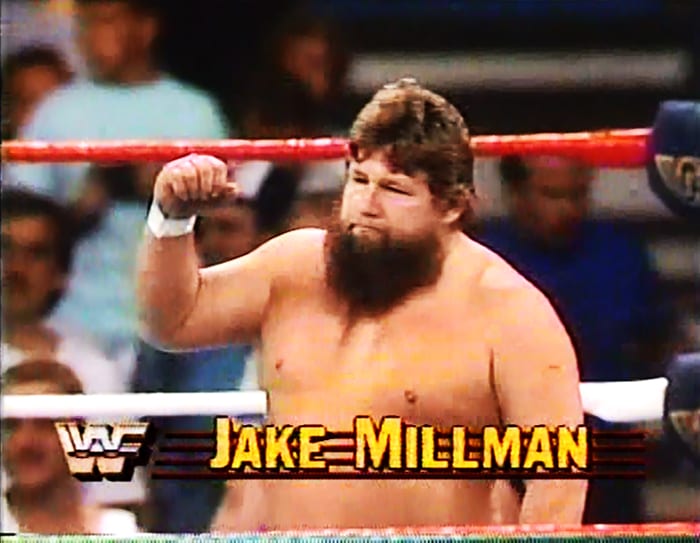 On finding out he was winning the match:

“I found out and was like, ‘What?’ When the briefcase got into my hands, that’s when it felt real. I remember watching the first ‘Money in the Bank’ match at WrestleMania, and it blows my mind that I woke up right next to it this morning.”

On if he has become a singles wrestler:

“I’ve heard I’m just a big man comedy wrestler. I’ll admit it, I’m always the loud one in the room. But when it’s time for business, it’s time for business. Can I be in the main event? Let’s do it. If I sink, then that’s on me. I love wrestling, and I’m going to show people that I can do it.”

On Paul Heyman telling him not to hold back during the food fight:

“Paul was all for it. I was looking around that table and said, ‘What should I toss at you?’ There was that big, massive plate with the pastas and sandwiches, and I said, ‘Sorry, sir, about your suit.’ And you can’t not throw it hard when you throw something like that, so I brought it.”

On when he first met Heyman:

“I first met Paul at a promo class at NXT, and there is something about the way he motivates. I remember when he first talked to Heavy Machinery. I was so pumped up I wanted to run through a wall. He’s that motivating.”