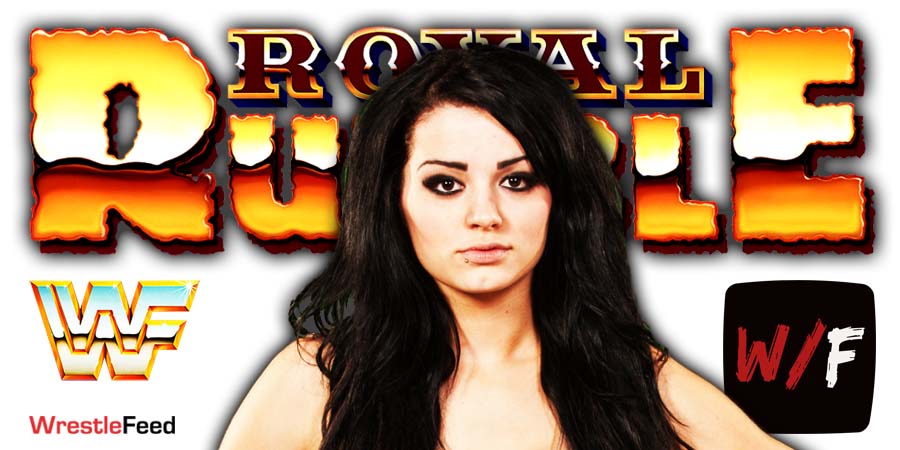 On December 27, 2017, former WWE Divas Champion Paige wrestled her final match at the age of 25.

The match ended when Sasha kicked Paige in the back and Paige got hurt. Paige tried to continue wrestling, but couldn’t.

You can watch this sad moment below:

Paige injured her neck during this spot. Due to this injury, she wasn’t cleared to compete in the first ever Women’s Royal Rumble match in January 2018.

On the post-WrestleMania 34 episode of RAW, Paige officially announced her in-ring retirement.

Paige was trending on Twitter today, which led to her teasing a return during the 2022 Women’s Royal Rumble match.

“Wait I was trending again? I mean, it is January.

I tell ya what though, it does feel f**king awesome to see so many people even after 4 years, miss me wrestling. ❤️ “

Speaking of the 2022 Women’s Royal Rumble match, the following participants have been confirmed so far:

Also Read: Alberto Del Rio Says He Can Get Paige Fired From WWE In 2 Seconds By Releasing Videos

This episode was broadcasted from the Scottrade Center in St. Louis, Missouri and featured matches, interviews & storyline segments on the road to the ‘WWE Royal Rumble 2007’ PPV.

6. John Cena vs. The Great Khali