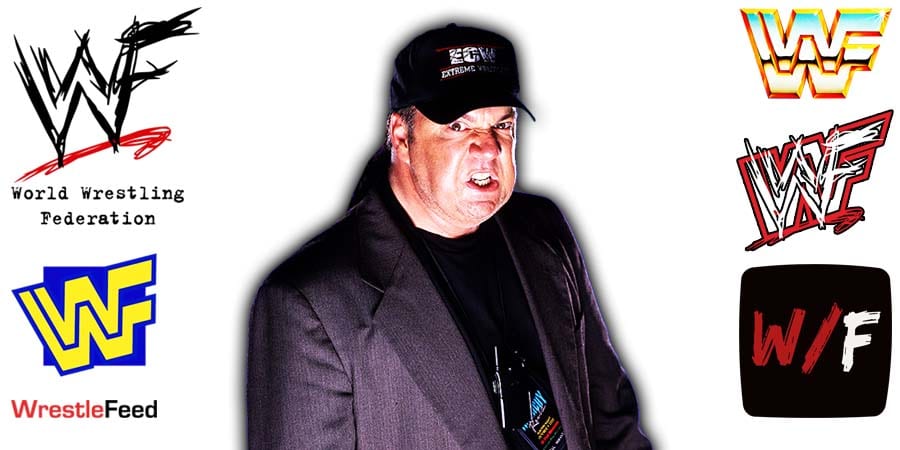 The WWE Hall Of Fame Class Of 2020 & 2021 were inducted last month, and now we’re already talking about next year’s Hall Of Fame.

Paul Heyman wants to induct the ECW audience into the WWE Hall Of Fame Class Of 2022.

“Let’s start talking about NEXT YEAR’s @WWE #HOF, shall we?

If there was ever a worthy #HallOfFame induction …

INDUCT or WE RIOT!”

Speaking of ECW, Heyman talked about the John Cena vs. Rob Van Dam match from ECW One Night Stand 2006, during a recent interview with MetroUK.

Cena received one of the loudest negative reactions of his WWE career on that night and here’s what Heyman said about it:

“John Cena feeds off of the interaction with a live audience like very few people on the face of the planet in history ever have, ever could, ever would, or ever have the ability to generate that level of passion from a live crowd.

I think John Cena, to this day, loved every single micro moment of it. Anybody that says that they wouldn’t cherish the opportunity to work with John Cena on any level is a fool.

Rob Van Dam tore the house down with whatever opponent was in the ring with him on a nightly basis for 5 years in ECW.

So, while many people are so enthralled with the memories of ECW One Night Stand 2005 and especially the Rob Van Dam – John Cena title match from 2006, this was every night of our lives for 7 years.

This was what we did, this was the product that we presented. This was truly ECW.”

This was the first SmackDown! show after the WWF/WWE name change.

This episode was pre-taped at the Harbor Yard Arena in Bridgeport, Connecticut and featured matches, interviews & storyline segments on the road to the ‘WWE Judgment Day 2002’ PPV.