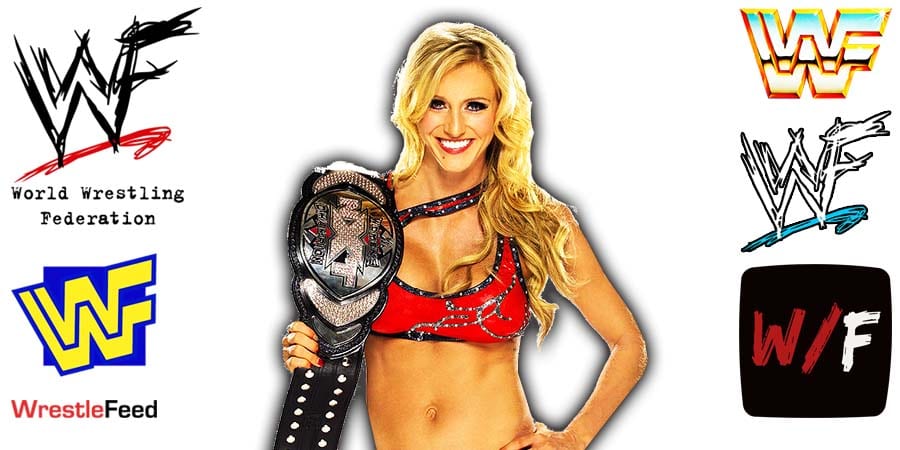 • People Close To Charlotte Flair Want Her To Leave WWE

According to PWInsider, people close to Charlotte Flair are pushing for her to get out of her WWE contract.

However, they are also aware that it won’t be possible, since she has a lot of years left on her contract and WWE isn’t going to let her go and basically hand her to AEW, where her fiance (Andrade El Idolo) also works.

Charlotte has a lot of backstage heat right now, due to her going off script and making Becky Lynch look stupid during their segment on SmackDown.

After Becky gave her a piece of her mind backstage, Charlotte reportedly disrespected Vince McMahon by walking right past him without saying anything.

It was LIVE from the Civic Center in Providence, Rhode Island and featured matches, interviews & storyline segments on the road to the ‘WWF Survivor Series 1999’ PPV.

1. Viscera vs. The Godfather

4. Prince Albert vs. The Big Show