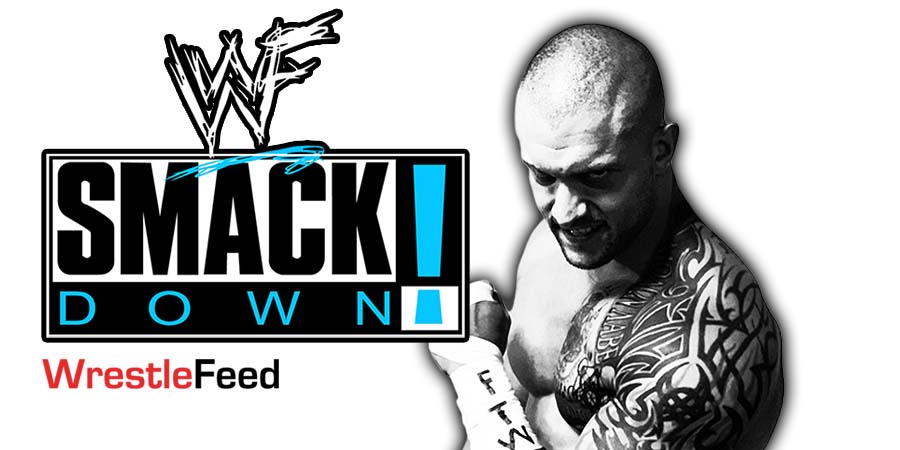 Scarlett then placed a sand clock in the ring in front of The Tribal Chief to send a message.

According to Fightful Select, Kross will get his full entrance presentation from his NXT days on tonight’s SmackDown:

“Karrion Kross is scheduled for the show ‘with full presentation’, including the hourglass entrance.”

As of this writing, WWE has announced the following for tonight’s show:

– Gunther (c) vs. Shinsuke Nakamura for the Intercontinental Championship