As we have noted before, WWE has announced that RAW Women’s Champion Becky Lynch will face Sasha Banks on tonight’s Draft edition of RAW.

The winner of this match will earn the 1st Draft pick for their respective brand tonight.

However, it looks like this match is going to get changed because of Sasha suffering a tailbone injury at Hell In A Cell 2019.

The replacement match looks to be Becky Lynch vs. Charlotte Flair, according to DirecTV preview for tonight’s RAW:

“Day two of the WWE Draft. Plus, Becky Lynch vs. Charlotte to determine the #1 pick on RAW.” 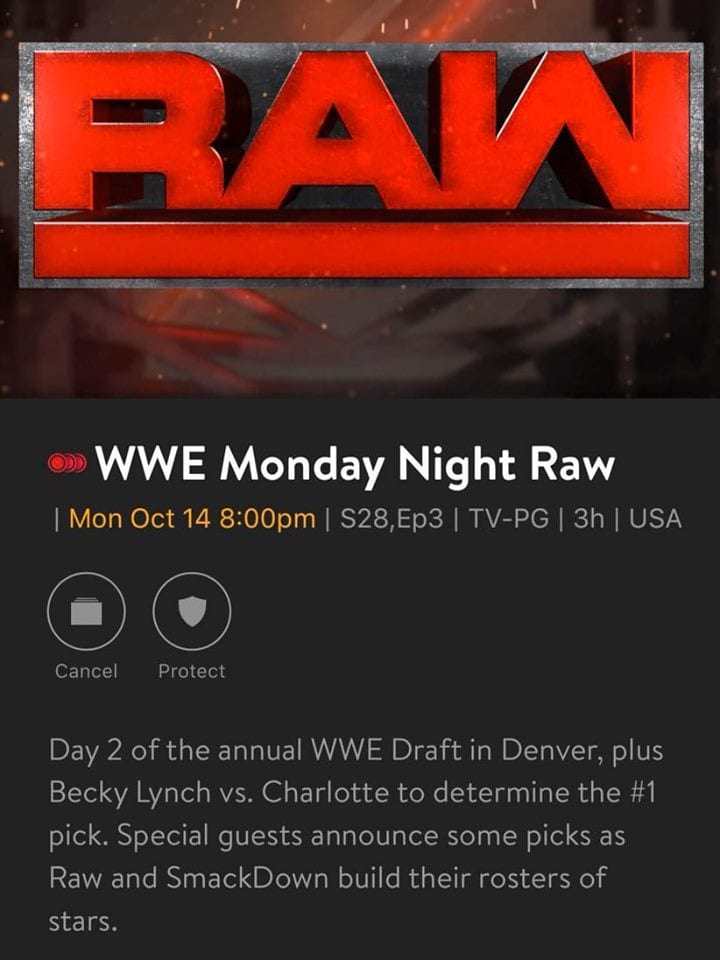