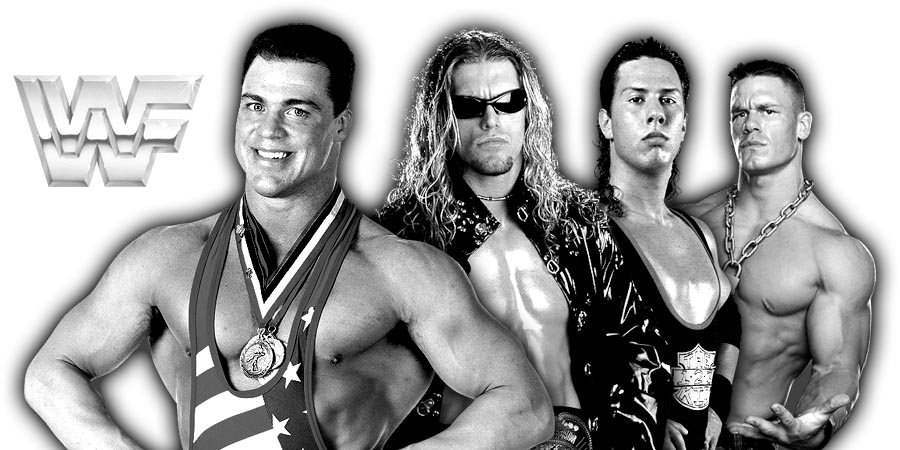 Let’s take a look at the top 20 news stories of the day from the world of WWE (WrestleMania 34, Slammiversary 2017) & Professional Wrestling:

During a recent interview with ESPN, current Impact Wrestling World Champion Bobby Lashley discussed coming to TNA from WWE, how some bad things led to top Impact Wrestling stars leaving, his next MMA fight & more. Below are the highlights:

On coming to TNA from WWE:
“When I came over to TNA from the WWE, I didn’t know what to think. Wrestling is wrestling. WWE is the flagship program, of course. But there’s just so much incredible talent here. When I came over and worked with Bobby Roode, we did two matches together, I thought he was amazing. Amazing. The guy is really good. Bobby Roode is born to be their star. And I’m glad they found something with him. That ‘Glorious’ thing is pretty nice.”

On some bad things leading to their top stars leaving:
“Now with the new ownership in, one thing everybody’s happy about is that they’re getting paid on time. Change is good, and change is bad at the same time. I think a lot of people are happy with it, but some of the bad things that happened saw some of our top guys leaving, like Mike Bennett, Drew McIntyre and The Hardy Boyz.”

On his next MMA fight:
“It has to make sense for me right now. If the money and the matchup makes sense, I’m in. If it’s just a fight, I might not jump so much for just a fight. Roy Nelson just came in to Bellator, Cheick Kongo has been on a winning streak. If there was something that was offered to me that made sense, I would definitely be interested.”

On facing Alberto El Patron (f.k.a Alberto Del Rio in WWE) at Slammiversary 2017 tonight:
“With my style of wrestling, I try to do the same thing when I fight as when I wrestle. So when I get somebody who has a tougher style, I’m kind of excited. I like Alberto because he’s a fighter. I’m the type of person where at the end of the game, if there’s 10 seconds left and you need to get somebody the ball and you’re behind by one, give me the ball. Get me the ball every single time. They could base the whole Slammiversary on me and my match. I’m ready to perform.”