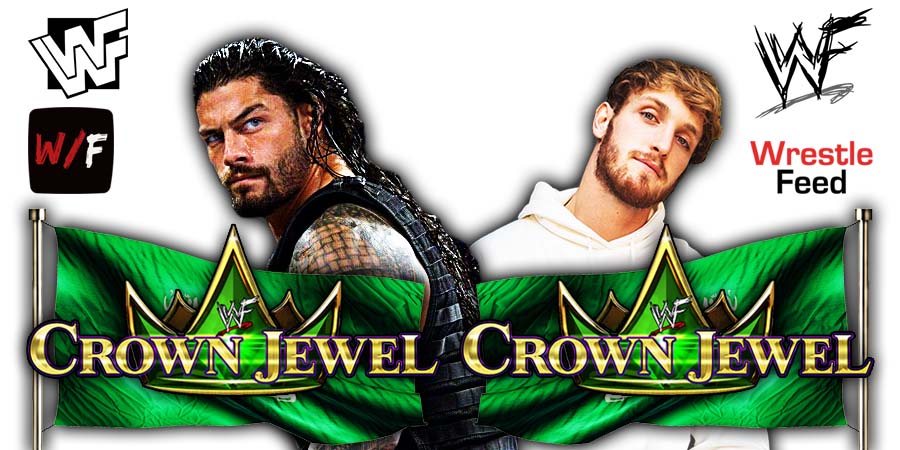 After losing to Roman Reigns in their Undisputed WWE Universal Championship match in the main event of Crown Jewel 2022 in Saudi Arabia, Logan Paul tweeted the following:

According to the Wrestling Observer, Logan could be out of action for 6 months if he has a torn ACL, which would mean that he’d miss the biggest event of 2023 – WrestleMania 39:

“I know I got one message where they said that they didn’t know if he tore his ACL, but again, he hasn’t had it looked at.

At first, he thought he did, but we’ll probably know more in a day or two. So, it may not be as bad, but it could be.

The torn ACL will keep him out for over 6 months. The other one, he’ll still be out for a while.”

Seth Rollins suffered a similar injury in late 2015 and he took almost 7 months to return.

On this day in 2021, we lost Old School Wrestling Veteran “King Kong” Angelo Mosca Sr. at the age of 84.

Angelo Mosca was a former CFL (Canadian Football League) Football player, who eventually became a Professional Wrestler in the off-season and later wrestled full time after his Football career ended in 1972.