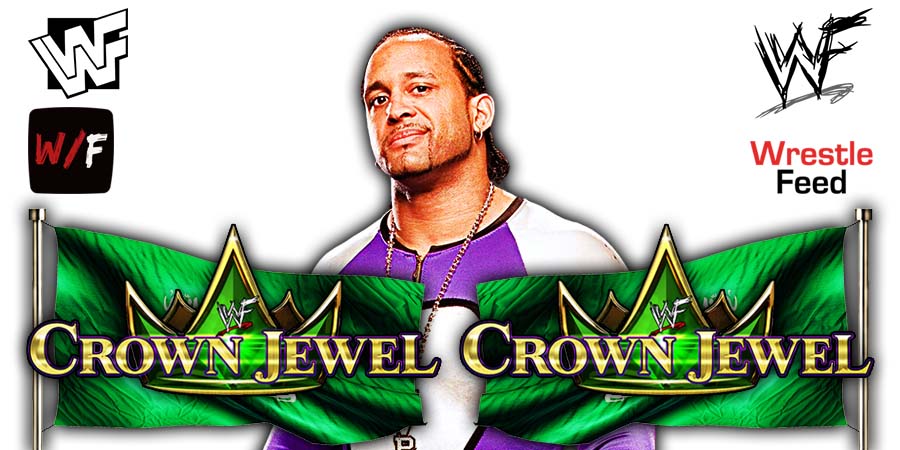 This is because MVP is a former Muslim who became an atheist, and that is punishable in Saudi Arabia.

Omos lost to Braun Strowman at Crown Jewel after getting hit with a Running Powerslam.

– During the main event of Crown Jewel 2022, Logan Paul hit Roman Reigns with the Buckshot Lariat, which is the finishing move of AEW wrestler “Hangman” Adam Page.

This is also the same move that CM Punk tried to do multiple times in his match against Hangman at AEW Double Or Nothing 2022, and wasn’t able to do it.

You can check out Logan doing this move below:

– WWE co-CEO Nick Khan has signed a new deal with the company that will run through August 2025.

Highlights Of Owen Hart vs. Marty Jannetty (From RAW 2 Weeks Ago)

Highlights Of The Smoking Gunns vs. Razor Ramon/1-2-3 Kid (From In Your House 2 Weeks Ago)

Highlights Of Goldust vs. Savio Vega (From Last Week’s RAW)

Can We Talk With The Following Questions: Who Has The Greatest Entrance In The WWF?