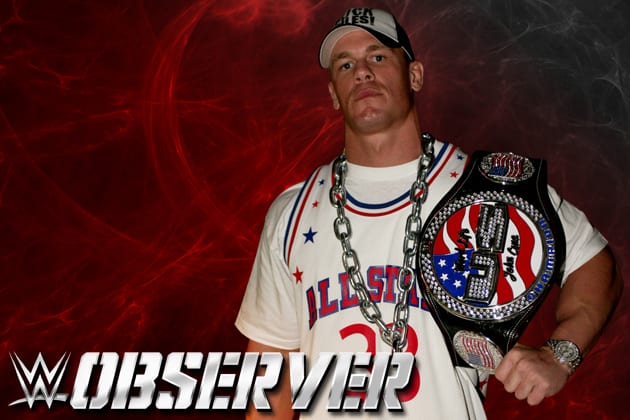 John Cena as US Champion

John Cena will be going up against “The Super Athlete” Rusev for the WWE United States Championship at Fastlane this Sunday. As noted before, John Cena vs. Rusev will also take place at WrestleMania. So this likely means, we won’t see a clean winner this Sunday. Either the match won’t even start as the two brawl with each other and the match ends in a no contest or may be we get a DQ finish. However another possible angle for this match could be an interference from the returning Sheamus. As we know, Rusev defeated Sheamus last year to win the US Championship and the story that WWE can portray is that Sheamus interfered to get revenge on Rusev. As we noted before, Sheamus’ return vignette that aired on Monday Night Raw looked like a heel comback for Sheamus, which might be justified if Sheamus attacks Rusev and costs John Cena the match. Due to this, Rusev will retain his US Title and will result in a rematch with John Cena at WrestleMania, where Cena is scheduled to win and break Rusev’s undefeated streak according to the original plan.