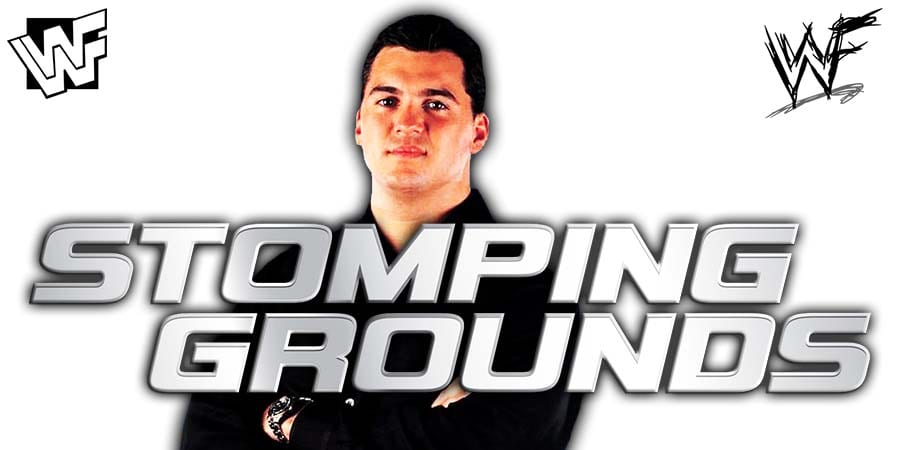 – The Texas Tornado vs. Dale Wolfe

– The Mountie vs. Matthew Burns

– Bret Hart vs. The Black Knight

– The Berzerker vs. Jerry Stevens

During the match, Shane McMahon delivered a Coast To Coast to Reigns. Shane O’Mac apparently landed awkwardly and messed up his hip, according to Brad Shepard.

Below is a fan video of Shane hitting the Coast To Coast:

Coast to Coast. LOL! Shane didn’t get all of that. #WWEStompingGrounds pic.twitter.com/us5as1u1p1

Even if Shane got hurt during this, it doesn’t look like it’s a significant injury as Shane announced later in a backstage segment that him and McIntyre are going to face Reigns in a 2 on 1 Handicap match on this week’s RAW.