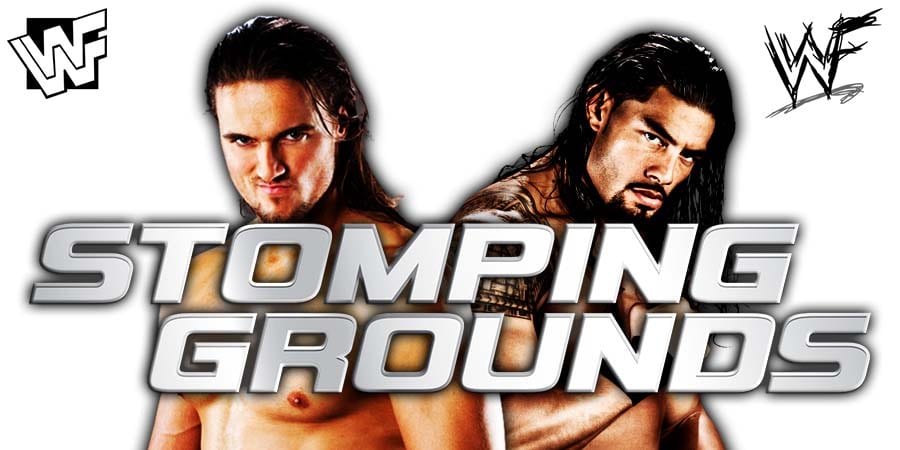 Bryan is over with the crowd big time as he’s from Washington.

After good back & forth action, Bryan pinned Tucker to win the match for his team.

Up next is the SmackDown Women’s Championship match. Alexa Bliss (with Nikki Cross) makes her way out first, followed by Bayley.

After back & forth action, Alexa Bliss is looking in trouble. Bayley goes for the Suicide Dive on the outside and Nikki saved Alexa by pushing her out of the way and got herself hit by Bayley’s dive.

Nikki tries to save Alexa again, but it didn’t help. Alexa goes for the Twisted Bliss, but landed on Bayley’s knees.

Bayley hits her finisher on Alexa to pick up the win.

.@itsBayleyWWE is "on a roll, riding so high, achieving her goals," and no doubt this is making @AlexaBliss_WWE BLISSED OFF! #WWEStompingGrounds @NikkiCrossWWE pic.twitter.com/2c1R31hWOS

We now go to a backstage segment where new United States Champion Ricochet is having a photograph session.

He gets joined by Luke Gallows, Karl Anderson and “The Phenomenal” AJ Styles. Styles then indicated that he’s going to face Ricochet tomorrow night on RAW. 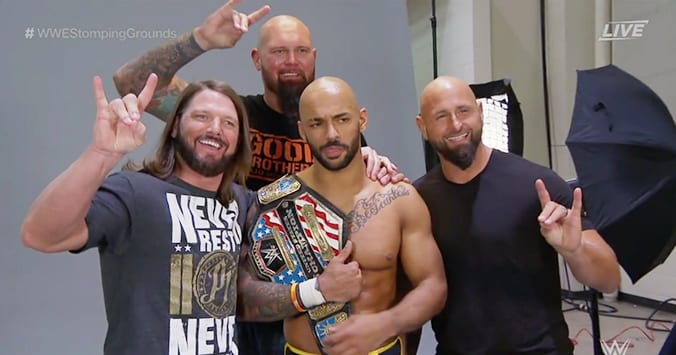 The match begins with Reigns taking out McIntyre on the outside with a huge suicide dive!

Crowd is chanting “Shane is awful” during this match.

After good back & forth action, Reigns nails a Spear on McIntyre and goes for the cover, but Shane O’Mac pulls the referee.

Shane hits Reigns with a Coast To Coast and McIntyre goes for the cover, but Reigns kicks out. Crowd is chanting big time for Roman.

McIntyre goes for the Claymore Kick, but Reigns nails a Superman Punches. Reigns then throws Shane out of the ring.

Reigns nails a Spear on McIntyre and picks up the win!

Michael Cole notes that this is the end of this rivalry.